Hi all. Welcome back to the Disciplinary Couple's Club.  Our weekly gathering of men and women who are in, or interested in being in, Domestic Discipline relationships.

I hope you had a very happy and relaxed Thanksgiving. 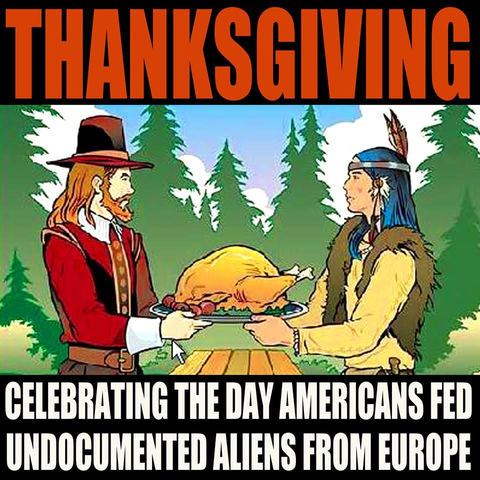 Ours was good, though nothing especially interesting.  A relatively short drive to relatives for a mid-day get together, then back home by early evening.  The one thing worth mentioning is that, for only the second time in two years, my wife made a comment alluding to spanking me if I didn't comply with something she asked me to do. Like when she did it a couple of Christmases ago, it likely was interpreted as a joke, but this time the only person to overhear was one of our semi-adult kids.  I doubt that in isolation the comment would be taken seriously, but together with other comments and a generally more open approach to directing me on certain things at home, you never know. 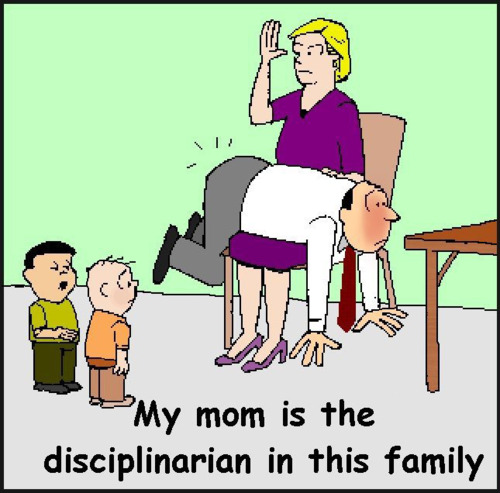 I can't say that it bothers me.  In fact, the more open my wife is in asserting her power, the sexier she seems to me.

Well, we did get a few responses to last week's discussion on spanking references in popular culture.  It's intriguing that such references seemed to be more prevalent a few decades ago, when they were at least somewhat common in comic strips, and even on television as the references to I Love Lucy demonstrated.  You have to jump forward several years to find other examples, such as the episode of Weeds that SR pointed to, and they are pretty isolated.  And, the older examples were almost all confined to spanking either misbehaving children or misbehaving wives, and there are very, very few examples of women spanking men.

My reference to the Pretenders' song Bad Boys Get Spanked got me wondering whether I might be looking in the wrong genre, so I did some googling on spanking references in songs.  Lo and behold, I found this example which checks some intriguing boxes.  It's F/m in orientation.  It is domestic to the core, with the wife describing plans to spank a misbehaving husband.  The title and the lyrics both also invoke a maternal dynamic.  What is most interesting to me is, it was a top-5 hit . . . in 1967.  So, once again, I'm wondering whether we are flattering ourselves to think that things have really progressed a lot over the last few years.  Maybe we are more progressive than our parents, but our grandparents . . . I'm now not so sure.  In any event, the song is entitled Mama Spank, was released in 1966, and became a hit for Liz Anderson.  You can listen to it here: https://www.youtube.com/watch?v=w51LsY9zN-Y.

Every night you don't come home from the way you're out alone
Who would ever think that you're a married man
I would guess your age to be twenty eight going on three
So I'll speak in a language you can understand.

Yes, I know you like to play but we've got our bills to pay
And the kids need shoes much more than you need fun
Up to now I've been too mild
You've been acting like a child
So I'll have to just start treating you like one.

I'm not feeling particularly inspired where new topics are concerned, so I'm going to roll out of this holiday with a continuing discussion of early exposure to spanking and how it may have impacted your interest in Domestic Discipline.  ZM talked about how his early discovery of spanking and dominance made him very sensitive to any spanking references he saw in popular culture.  His comment led me to think about the distinction between being exposed to spanking early on, on the one hand, and being exposed to adult spanking on the other. 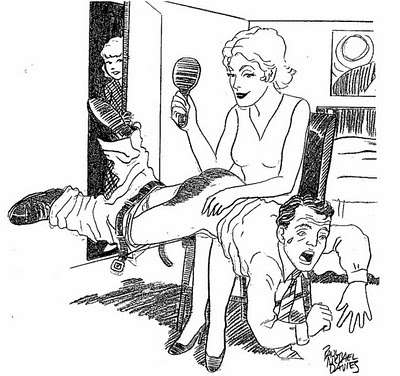 Growing up where and when I did, spanking was so common it was taken for granted. I would be surprised if anyone I grew up with was NOT spanked, and probably by each parent, by extended family, and most likely at least once or twice by teachers or principals at school.  At least for boys, it was just part of growing up.  So, I definitely was "exposed" to spanking early on. But, I do not recall being exposed to adult spanking until much later in life, and then only spanking of an erotic nature.  I really can't recall any exposure to the concept of adult disciplinary spankings prior to finding the Disciplinary Wives Club.  I don't know whether early exposure to adult spanking would have made any difference in the extent of my early interest. Somehow I don't think so, unless it was disciplinary in nature.  Even then, I'm not sure. 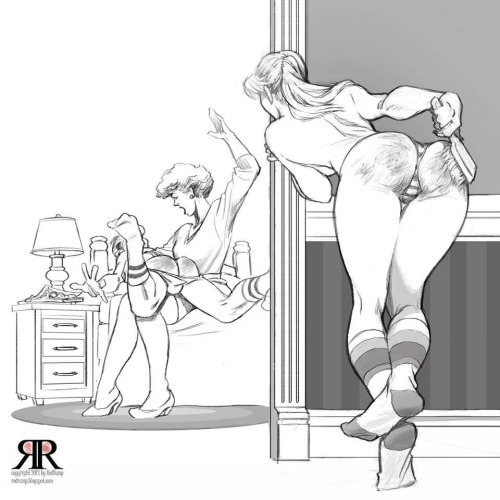