I hope you all had a great week.  Ours got kind of crazy, with some unanticipated housing repairs that we’re still dealing with.  Tis the season for frozen pipes and other plumbing problems in our part of the country.  In addition to that craziness, I was trying to push through a couple of home improvement projects, and we both tried to knock out most of our household Christmas decorating.  All this was in anticipation of me getting sidelined by a personal issue I’ve been needing to deal with for a while.  This has been one of those years that I find myself constantly bemoaning the fact that getting old sucks, until I remember how much better it is than the only known alternative.

Thanks to that little issue, the blog may be on hiatus for a couple of weeks.  That, plus I really can’t think of a damn thing to post about that we haven’t done to death.  If I get a burst of energy and inspiration, I will post something substantive. If not, it may just be sporadically sharing some Christmas cheer in the form of art and memes.  In that spirit . . . in honor of Belle, who admits to getting inspired by titillating Christmas art and in partial apology to Jimmy for whatever role this blog played in his becoming a disciplined husband this year . . . I hope this gives her some inspiration and him some Christmas cheer. 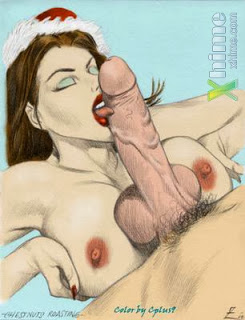 There is something about the following picture that I find inspiring, though I doubt Anne will be modeling for such a shot herself, given that there is a direct line of sight from our tree, through a huge set of windows, to the front street. 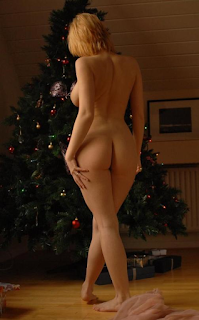 I also probably won’t be seeing anything like this. It looks like it was taken in front of a mall Christmas display, and I almost certainly won’t be making any more trips to the mall before Christmas. 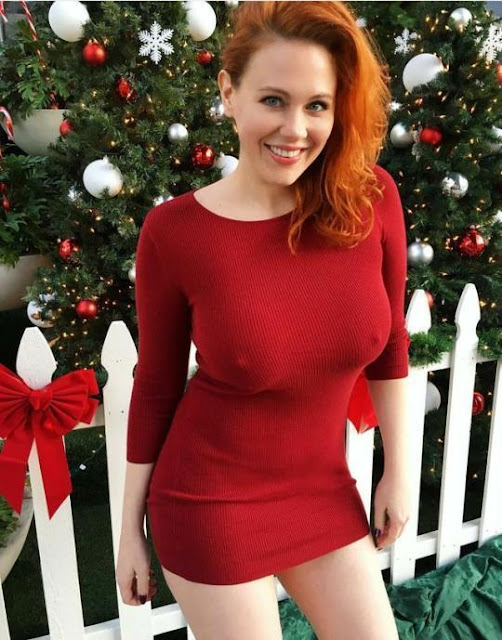 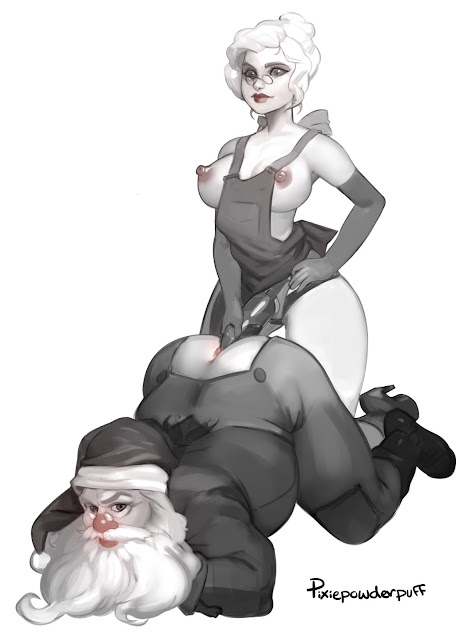 Unfortunately, there won't even be vanilla versions of this going on this year. 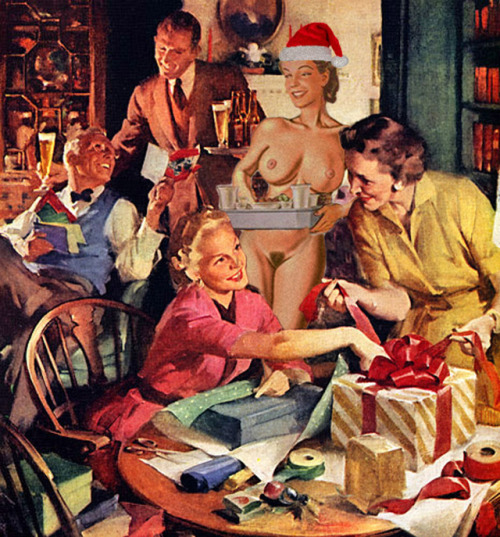 Cliché as it may be, you never know what you have until it’s gone.  I distinctly remember limping into this time last year, exhausted from too much travel, too much work, and too much socializing.  We ended up dodging several holiday parties with friends that have become traditions over the last few years, because we were just worn out.  Had I known it 2020 I would be desperate for some time with other people, I might have reached a little deeper for some Christmas cheer and the energy that comes with it. 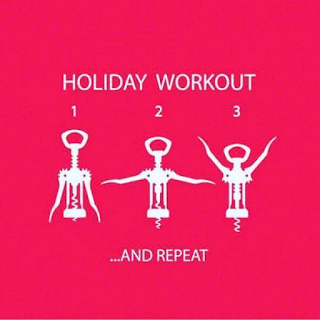 Who would have thought that there would ever be a year in which what is under the tree may actually matter more than the people around it for the simple reason that the people won’t be there this year? While I don’t have a topic this week, feel free to chime in with how this crazy year is impacting your holiday plans, including sharing any thoughts on ways you are working around lockdown orders and concerns for vulnerable friends and relatives.