If you don't get enough time-outs as a child, you get them as a grownup. ~Andrew Bonifacio

Hello all.  Welcome back to the Disciplinary Couples Club.  Our weekly gathering of men and women who are in, or would like to be in, Domestic Discipline relationships.  I hope you had a great week. 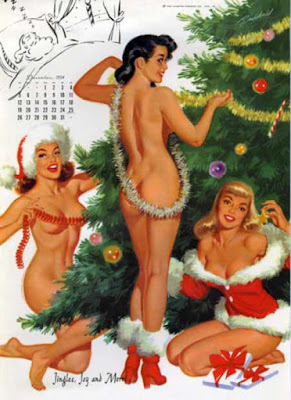 The holidays are upon us.  I really love this time of year.  As soon as the Christmas lights go up, my mood seems to improve.  Left to my own devices, I'd leave them up well into February.  The only thing I don't like about this season is, ironically, all the holiday parties.  Although I hide it pretty well, I am an introvert to the core, and going to parties every weekend for a month or more really wears me out emotionally.  I also can expect my wife to "wear me out" physically, with her strap and paddles, multiple times this month, given my proclivity for over-indulging at such gatherings.  And, of course, turning the tables is entirely out of the question in our family. 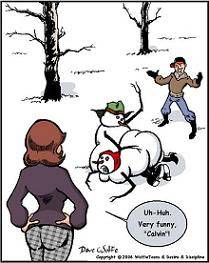 Our topic this week extends from a couple of last week's comments.  In exploring a tangent regarding the relationship between frequency of corporal punishment as a child and our later interest in adult discipline, I referred to these result from a poll we ran back in 2015 that explored how often our readers were spanked as kids and by whom:

Tomy followed up by pointing to more comprehensive surveys posted on the DWC website.  www.auntkaysdwc.com.  I had some spare time on my hands this week, so I went back and gave them another read.  One thing that struck me was that there were several questions that explored the relationship between the mother's demeanor and disciplinary practices and  our later interest in, or openness to, adult discipline.  But, there were no corresponding questions regarding relationships between disciplined husbands and their fathers.  It does seem like we just kind of assume that if our parents had some role in forming our interest in F/m corporal punishment, it must relate to our mother's approach to discipline or the extent to which she exercised domestic authority.  But, is that correct?  Might it be that our fathers influence our later attitudes toward discipline as much or more than our mothers?

I had already been thinking about that issue when ZM posted about his early spanking experiences, and noted that while he is sure his mother did spank him, he doesn't really remember any of those spankings, but does remember spankings from his father.  This is my experience as well.  Also, like him, there was a substantial period when I was growing up that I did not have a father's influence in my life, and until recently I'd never really thought about whether that might have influenced the need for boundaries that fuels my interest in adult discipline. 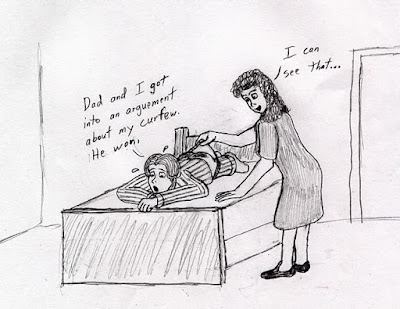 When I'm honest with myself, there is something about M/m discipline that I find morbidly attractive.  A few years ago, a commenter on this blog wrote the following:
One Saturday when I was 15, my older brother, who was 16, got caught smoking grass. My dad told my brother that he would be punished severely until he had some sense knocked into him. He made my brother wait almost a week.  After dinner on the following Friday, my dad took my brother downstairs to my dad’s basement workroom. Through the vents we could hear the swats of my dad's thick black belt landing on what we all knew was my brother’s bare bottom. Only when my brother was sobbing and begging to be forgiven and swearing he would never touch grass again did my dad stop. A few minutes later Dad came up, had his dessert, and as Mom cleared the dishes he brought my younger brother and me down to the workroom where my brother was still bent bare-assed over a work bench. His ass was raw. Dad told us to look and learn, and we were then sent to our rooms. I don’t know why but I was so aroused by it all.

The commenter was not the only one aroused.  Stories like that have always touched a nerve with me.  It may be no accident that I've always found "woodshed" stories so arousing, and in those stories it almost always seems be a father or uncle doing the spanking. 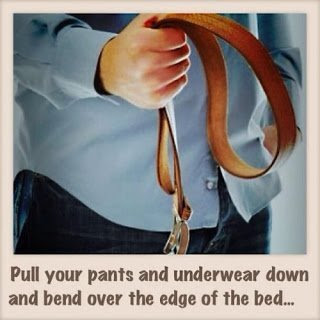 I think part of the emotional reaction I have to stories involving spankings by a father or uncle is bound up with my need for discipline to be "real."  While I believe these kind of relationships must be grounded in consent, the reality is I've always wanted the discipline to be imposed on me whether I consent or not.  In fact, the more she takes control away from me, the more compelling the whole thing is.  Yet, there are limits to how much that need for unilateral imposition of real discipline can be fulfilled, because deep down inside I know that I am capable of physically resisting.  I think one reason that I find woodshed stories involving male spankers so compelling is that physical resistance against a father figure might actually not be possible.  That kind of spanking is going to happen whether the recipient cooperates or not, and something about that real loss of control stirs me.

The talk last week about spanking frequency and who delivered made me want to update our 2015 poll.  Unfortunately, in trying to do that I found that Blogger has eliminated the poll gadget.  So, no more polls for this blog.  Which kind of sucks, but I guess we'll have to live with a more narrative approach.  Tell us all about who handled discipline in your family.  Your mother? Father?  Other family members?  And, do you think that discipline or lack thereof from your father influenced your desire for discipline today?

UPDATE:  Anna's comment, below, suggested the following question, which is perhaps a more direct phrasing of what I was going for with this topic: "How many of those that crave spankings were raised in a household where the gather was absent in terms of ordering discipline? That does, in fact, reflect the way I grew up, for the most part.  Like ZM, early on I did have a father figure who acted as a disciplinarian, but there was a period where that was not the case, and during key periods I did have a father-figure around but he probably needed discipline more than I did!
I hope you have a great week.
Posted by Dan - A Disciplined Hubby at 11:42 AM