The Club - Ebbs & Flows and Getting Back on Track

“Rules are for the obedience of fools and the guidance of wise men.” - Harry Day

Hi all.  Welcome back to the Disciplinary Couples Club, our weekly gathering of men and women participating or interested in Domestic Discipline. I hope you all had a good week.

Mine was pretty sedate.  Much more so than the week before. I can’t say I got very much accomplished, though I didn’t really intend to.  I did fall off the wagon on my Dry January, but not in a big way and mostly because we had guests and I didn’t want to be a bad host or the odd man out. Also, the plain fact is that after about 24 days of sobriety, I had to ask myself what I really was accomplishing.  People rave about how much better they feel after a few weeks of  teetotaling, but I didn’t feel one bit better, and my sleep actually seemed to be worse.  So, I'm not going to beat myself up to much for quitting four or five days early.

The almost month-long dry spell is, however, just one aspect of what has been a nice streak of good behavior.  I’ve been eating pretty cleanly and in conformity with my overall diet plan.  Although recovery from the injury I had fixed before the New Year still is a work in progress and limits how hard I can go, I have been inching my way back into a gym routine, focusing on getting strength back but without overdoing it. My body weight is down substantially from a year ago at this time, and it seems to be relatively stable. I went through a period a few weeks ago in which my sleep got really bad; I kept waking up at 3:00 or 4:00 am every morning and couldn't get back to sleep.  But, I seem to have gotten past that and, with the help of a regular meditation routine, I am back to sleeping pretty well.  So, things are looking good at the moment. But, as I was preparing for this week’s topic, I came across this quote from early in 2019:

Paradoxically, despite tripping up on that resolution right at the outset of the new year, and despite 2019 seemingly heading off in a very different direction than I had planned, I’m feeling pretty good about things.  I’ve been exercising regularly. My diet has been pretty consistently healthy.  My strength and overall health are quite a bit better than this time last year.  I’ve always been a chronic insomniac and, yet, I’ve been sleeping surprisingly well lately.  Part of this seemingly well-balanced internal state is probably the after-glow of a vacation, but some is also attributable to conscious choices, like meditating more and trying to take every day slightly less seriously.  It seems to be working.

So, 2019 began with a lot of hope, but by the end of that year I was a physical and mental wreck, exhausted from too much travel, too much responsibility, too much stress, too little sleep, and too many bad choices.  So, while I like the current trend, I’m pretty cognizant of the need to make health a conscious choice and a priority.  I feel like I could screw it up pretty easily, though not so much by yielding to any  temptation to do “bad” things but, rather, because I am feeling cooped up and am longing for some physical exertion even though my recovering body parts really aren’t ready for that.  Patience is really not my strong suit, and I could pretty easily screw myself in the long run by pushing things too fast and too hard right now.  Fortunately, while the weather outside looks pretty tempting with bright, sunny skies the last few days, it’s deceptively cold. So, as much as I may want to go on a long hike or ride, it would not be a comfortable option. 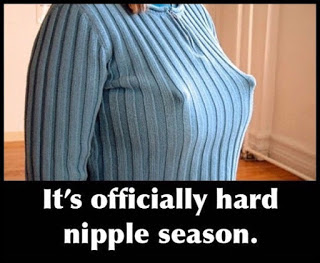 So, what does that introduction have to do with Domestic Discipline? Perhaps a lot.  The above quote from 2019 was part of a topic on “ebbs and flows” with respect to interest in DD, and I went on to comment that because I was on a good trend and feeling pretty well and in control, I was experiencing a drop-off in my interest in being “taken in hand.” As I noted at that time: “My perceived need for discipline and boundaries and giving up control are inversely correlated with how calm and balanced I feel at that particular point in time.”

Except, this time, that doesn’t seem to be the case.  I did lose all interest in DD and FLR at the end of the year and that carried into the first couple of weeks of 2021, but that was more about physical recovery and the pain and drugs associated with that.  It also was the holidays, with all the distractions those entail, and I also got more than a little distracted by presidential politics surrounding the election and its aftermath.  But, now that those distractions are largely behind me, I find myself thinking more and more about our DD lifestyle and, frankly, wanting it back after this very long hiatus.  And, it has been a long one.  I think my last real spanking was in mid-October. Now, a comment like that would, in the ordinary course of things, be followed with something like, “not that I haven’t deserved one.” But, this time, there really hasn’t been much in the way of what I would consider truly bad behavior. So, there has not been any real need for her to impose boundaries or get out the paddle to send a message.

And, yet, I find myself wanting to be back under her control.  Early in the year, when my interest really was at a low ebb, I began asking myself whether we had perhaps moved past the DD and FLR thing entirely. Then, the first time we had sex after several weeks in which my recovery didn’t really allow for it, she kind of took control physically, grabbing my hair, pinching and playing with my nipples, etc.  It wasn’t so much the specific sexual moves, but just the whole attitude involved in asserting control over my body. 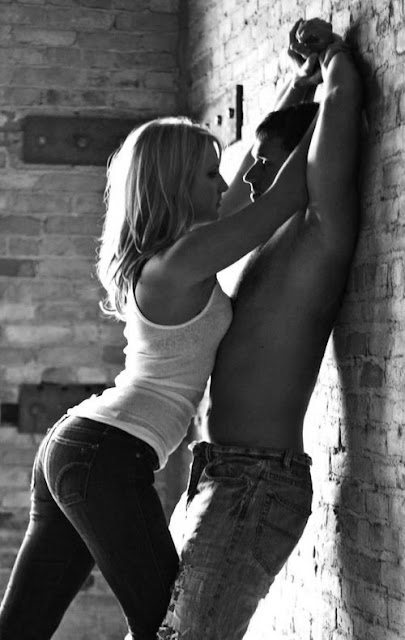 In an instant, I knew that, no, I had not moved past my interest in being subject to her control and, in fact, wanted her to amp it up.

That’s where I am this week too, but it’s kind of a conundrum.  It isn’t just the FLR aspects of her control that are on my mind.  Rather, part of me wants her to show that control by spanking me.  Yet, like I said, I haven’t really done much to deserve one.  I could intentionally misbehave, but bratting seems very manipulative, so I don’t really want to go there.  I could just ask for one, and perhaps I will. But, that would be a fairly big change in direction for us. 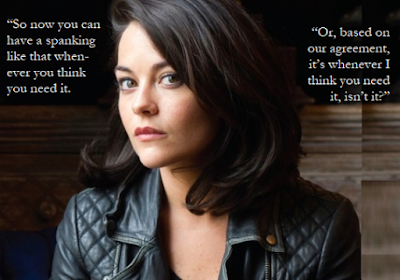 Our dynamic has really always been about accountability, with spankings directed to addressing particular offenses. This phase I’m going through, however, makes me wonder whether things have shifted a bit for me in terms of motivation.  I always wondered how my desires for discipline might change when either my behavior improved substantially or life slowed down and my stress level dropped.  I always assumed that my needs and desires around discipline might drop or just go away under those circumstances.  Yet, here I am feeling the opposite of that despite a pretty long period of good behavior and lower stress.  So, maybe even if my original motivation was inextricably linked with accountability and punishment, maybe now those are more a means to the larger end of being under someone else's control and direction?  I honestly don't know at this point.

The whole thing reminds me a little of a story from the Disciplinary Wives Club that I’ve referenced before, called Even More.  That particular story’s appeal has always been a bit odd to me, because in general I’ve always been driven by the idea of “imposed” discipline, including the disciplinary relationship itself being imposed by the wife whether the husband likes it or not.  Yet, in Even More, the husband stumbles upon the DWC website, shows it to his wife, then when she asks whether it is something he really wants, he tentatively admits it is something he would like to try.

That part of the story pretty closely parallels what actually happened in my case.  In the story, at the point he admits he wants to experience a real punishment spanking, he has not really done anything wrong.  But, over dinner at a restaurant that night, they put together a list of “spankable” offenses.  As soon as they get back f, he inadvertently commits one of those offenses, namely the iconic leaving up of the toilet seat.  She orders a spanking, he gets cold feet when faced with the reality of the spanking he had so recently said he wanted, but she remains resolute and gives him one anyway. While the offense itself was pretty trivial, she gives him a very hard spanking, just to let him know the reality of the relationship he had been asking for.

In our own relationship, I drove the process of the first spanking a little more than she did.  After I showed her the DWC website, she agreed to give it a try and instructed me to buy her a hairbrush. I did, though I had a hard time finding one that was suitable, and even after shopping for a couple of hours, the one I ultimately bought was pretty flimsy.  I presented it to her that night.  We were both very embarrassed, now that reality was setting in.  While I hadn’t really done anything to be punished for, I asked her to go ahead and give me one, because I was afraid that if we didn’t act then and there, it might not happen at all.  So, she gave me one, OTK with the brush.  Unlike the spanking in Even More, it was not particularly hard, but it did get the ball rolling.  I’m wondering whether I need to treat this long hiatus as a kind of reset, which might require me suggesting a spanking—earned or not—to get us back on track.

I also recognize that, if my past track record is any indication, it's pretty unlikely that my streak of good behavior won't be broken sometime soon.  So, we probably are talking only about how to get things started again in the meantime.  It's also true that she might start focusing on "smaller" things that have always been on the table as "spankable" but that have been the subject of surprisingly few actual spankings.  For example, I know that I still have a tendency toward arrogance, and I don't always speak to her as respectfully as  I should.  Dealing with the disrespect issue alone would probably result in a sore bottom multiple times a week. 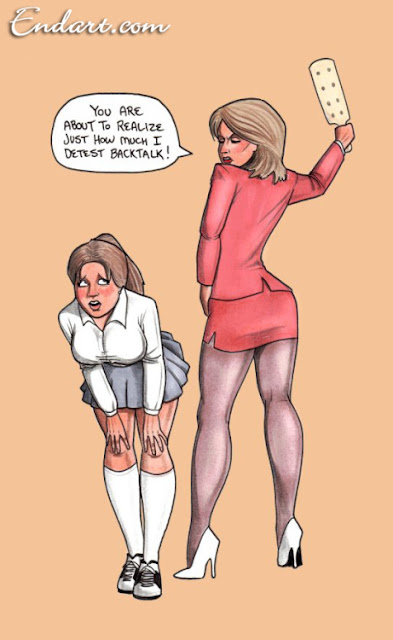 Have you ever gone through anything similar to what I’m describing?  Have you had a long-ish period in which you stopped your DD or FLR practices entirely?  Why did that happen?  What led to getting back on track?  Was there a particular incident of bad behavior that led her to impose spankings again, or did you expressly ask for a resumption of the DD lifestyle?

By the way, it isn’t lost on me that last week’s discussion drifted into a series of comments about witnesses. I experience the same fascination some of the rest of you do regarding the possibility that someone might witness or overhear a spanking.  But, we’ve done variations on the topic so many times, I’m at a loss for how to approach it in any way we haven’t done a dozen times before.  It any of you have new topic suggestions relating to witnesses, please let me know.