Hello all.  Happy Saturday.  Welcome back to the Disciplined Husbands Forum, our weekly gathering of folks participating or interested in Female Led Relationships.  Thank you all for making this a part of your week.

I decided to combine a couple of topics this week, as I'm not sure either can support a conversation on its own.  First, a few weeks ago I polled everyone regarding to whom, if anyone, they have revealed their DD or FLR relationship.  We've talked before about whether couples have chosen to "out" themselves, but I had not tried until these polls to quantify it in any way or to figure out if there are any discernible patterns in who disclosed or to whom.  Here are the results, from a little over 100 respondents for each poll:

Question 1: Other than you partner, how many other people know about your DD/FLR relationship?

Question 2: Other than you partner, who knows about your DD/FLR relationship?


The only clear pattern I see is that, as we have seen in previous discussions, people guard their DD and FLR relationships pretty closely.  Slightly more than half let no one at all in on the secret, and the next highest category was only one or two others. Though I suppose instead of saying that half of our readers keep things secret, that same statistic could be spun as almost half have told at least one other person, indicating that while people may not be taking out a billboard ad proclaiming their relationship, they are not so scared of people finding out that they have kept it completely to themselves.

Those who have chosen to let others in on it seem to favor telling friends slightly more than family and much more than co-workers, though the poll allowed people to choose more than one category.  One difference that does seem large enough to have some reality is that friends of hers seem to be in on the secret at almost double the rate of his friends.  I don't find that at all surprising, but I would be interested if others have thoughts on why.  Same with family members -- hers are let in on the secret at more than double the rate of his.  That one surprises me a little bit more, and I would be interested in hearing anything about the dynamic underlying that sharing, i.e. is it sisters talking to each other, a mother advising her daughter to pick up the paddle, etc.? I guess I really should not be surprised by any of this, since it really seems to reduce to women share and communicate more than men -- not exactly an earth shattering revelation.


The other topic for this week is spanking tools and implements, specifically whether you have a recommended source.  This one extends from a conversation I had with another blogger about where to buy a really good, unique and high quality paddle.  We have a variety of paddles and other instruments, but we don't have anything that I would see as a work of real craftsmanship.  I know that newcomers to this lifestyle often literally don't know where to start, i.e. where to buy instruments suitable for real punishment, given that the local "novelty" shops generally restrict their inventory to cheap leather crap that's suited only for mild "funishment" scenes.  I've tried not to turn this blog into a product endorsement site, so I don't have links to spanking suppliers, but we all should try to be a resource to each other.  So, do you have a supplier of paddles, straps, whips, etc. that you have found to be trustworthy and to have good products?

Hi all.  Welcome back to the Disciplined Husbands Forum, our weekly gathering of men and women participating or interested in Domestic Discipline and Female Led Relationships. I'm sorry for bailing out last week.  Life has gotten very busy again.  It does that sometimes, which is annoying -- but better than the alternative by a longshot.

Today's topic is simple and, surprisingly, one that I don't recall doing before, at least not as a stand-alone topic.

Lying.  Specifically, have you ever lied to avoid a spanking?  How about lying to her about whether you obeyed a rule she set?

This topic hit close to home for me a few weeks ago.   There was a personal behavior issue on my part she was making some effort to address.  Which is great, because as we have tried to move into a real FLR, something more than just disciplining me for bad acts, she has sometimes struggled to be very directive about what she wants.  This time, she gave me a direct order, setting a limit on my behavior.  But, complying would have meant interrupting something I wanted to do. Worse yet, I had already exceeded the limit she had given me.  So, I ignored the order, while simultaneously lying about the behavior.  That is always a dangerous thing, but like many personal behavior issues, our spouse's ability to detect non-compliance may be limited.  But, wives often have their ways. 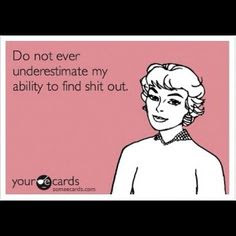 Now, ultimately, I did do the right thing.  One way my wife "finds shit out" is via a journal I started keeping a year or so ago.   In this case, after hemming and hawing with my own conscience for a while, I finally owned up to things in a journal entry.  It was a very hard thing to make myself do,  because it sucks owning up to it when you have done something wrong; sucks more to own up to it after you have lied about doing something wrong; and sucks even more when you know that owning up to it will and should result in one or more hard spankings. 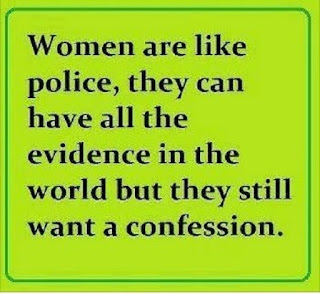 How about you?  Ever lied to your wife about your compliance with one of her rules? Did you do it to avoid a spanking?  How did that work out?  Does she have ways to find out how you are behaving? What happens if she catches the lie?

I also wanted to both address one comment from last week and, in the process, try to reinvigorate one feature of this blog -- the Guestbook.  Anonymous left a long series of topic questions.  Originally, I thought about just using them all as a topic this week, basically allowing everyone to give a global "summing up" of their DD relationship of sorts.  But, upon review, many of the individual topics were things we have not only done before, but done often and recently.  It occurred to me, however, that some of these might make good ongoing prompts for the Guestbook.  What is the Guestbook, many of you may ask?  If you look at the top of the blog, under the title and introductory blurb there is a strip of buttons with links to certain features, one of which is the Guestbook.  As originally envisioned, it was a place for people to drop by and tell something about themselves, while not being bound by a weekly topic.  That is still really the vision, but the plain fact is the thing has just never caught on.  Which is unfortunate, because there was a Guestbook feature on the Disciplinary Wives Club website that I really enjoyed, particularly when I was just starting out in DD and wanted to get all the information I could from people who were really practicing this lifestyle.  I'm not quite sure why the one on this blog has never gotten much activity, particularly given that we get about 1,000 page views a day, but I will try to give it another try.  If you feel like telling everyone something about yourself, something that doesn't necessarily address the weekly topic, please consider stopping by the Guestbook, with its new set of prompts.

Hi all.  Just a "heads up" that I won't be able to do the weekly post tomorrow, as I will be out and not near a computer.  I hope you all have a great weekend.

Hi all.  Welcome back to the Disciplined Husbands Forum, our weekly gathering of men and women participating or interested in Domestic Discipline and Female Led Relationships.

I hope you all had a great week.  I have been working and traveling so much that neither discipline nor this week's gloss on it have really been much of an issue.  But, let's go for it anyway.  It's a topic raised by Anna, namely what role does sex play after a disciplinary spanking? For some couples, the intimacy following a spanking includes sex.  Others never have sex after a spanking, fearing that mixing the two also sends mixed messages.  Do you have a rule or standard practice when it comes to mixing discipline and sex?