Poll: How Many of Us Are There?

How many of us are there out there in the world?  By "us," I mainly mean men who are disciplined by their partners.  But, casting a wider net, how many men and women are either in, or interested in being in, a F/m domestic discipline relationship?

I've spent a fair amount of time reading spanking blogs and reading material in Yahoo groups devoted to F/m spanking.  It seems that there are quite a few men who are interested in F/m discipline, but how many of them are actually doing it?  And, how many women are interested in disciplining their men?   It often seems to me that the answer to that last one is, "not many."  But, I have a really hard time understanding why.  If it is "a man's world," and women feel they are in a society where men have most of the power, why is there not a lot of interest in turning the tables?

My goal for this blog is to stimulate a dialog, so please comment.  But, if you don't have time or are nervous about leaving a comment, please take a few seconds to fill out the poll to the right of this entry.  It takes only a few seconds.   While I've already had several hundred page hits in the week this blog has been active, only 10 people have taken the poll.  If you like what you see on this blog, please take just a second to fill out the poll.
Posted by Dan - A Disciplined Hubby at 5:11 PM 4 comments:

My thanks to Hermione for helping me kick off the interactive part of this blog, which I continue to hope will be its defining characteristic.  Her question was who initiated our domestic discipline relationship, me or my wife, and was it hard to convince the other partner to try it.

The short answer is I initiated, and it was surprisingly easy to get my wife to try it.  I will elaborate a bit.

It was my idea. If you read blogs or discussion groups involving men in female led DD relationships, it seems that few of them are naturally submissive. To the contrary, many are hard charging, domineering personalities in their day-to-day lives. That was me, and I was an unhappy person. Everything felt out of balance. I was always in charge. Always the person making the decisions. And, our marriage was similarly out of balance. My wife was raised in a very traditional, male dominated family and brought that habitual mindset into our marriage. It wasn't that we had consciously created a male dominated marriage, but that was just sort of where our personalities naturally took us.

My interest in spanking continued.  It was something far less than a compulsion, but I was still interested enough to do a bit of searching for spanking-related material on the internet.  It was through that searching that I came across the Disciplinary Wives Club website.   Unlike our previous erotic spankings, the spankings advocated by "Aunt Kay" were intended to be real punishment to correct real misbehavior. It was then that an interest became something more akin to an obsession.  Many of the fictional scenes and "Real Couples" letters involved wives announcing that the spanking would not end until after misbehaving husband was in tears.  That was what really got me.   Not the spanking per se, but the idea of submitting to someone else's control so fully that I might have to accept something as mortifying as being brought to tears. For an admitted "control freak" like me, the thought of that kind of loss of control was truly terrifying.  It was also morbidly fascinating.

There is a story in the Fiction Stories section of the DWC website entitled "Even More" that describes a husband discovering the DWC site and using it to introduce his wife to the concept of using spanking for real discipline.  My process was similar.  A few days after discovering the DWC website, and having been fixated on it throughout those days, I brought it to my wife's attention, initiating the discussion almost like it was a joke or entertainment.  I got her to take a look at it, and that look took a surprisingly long time.   She stayed in our home office for the better part of an hour reading through the website.  I was sitting at the kitchen table pretending to read a book, though in reality I hadn't absorbed a word. I was on such pins and needles waiting for her reaction.  I looked up nervously as she came out of the office and into the kitchen.  Her look was one of quiet intensity, as she asked me, "You obviously had me look at that website for a reason.  So . . . is this something you are saying you want to try?"  I hesitated, then stammered something like:  "It scares me more than I can describe but, yes, I think I would like to try it."

So, now please help me meet my goal to develop this into an interactive blog.  For those of you who are in a spanking relationship, who initiated it?  Was it difficult to convince the other partner?  How did you do it?  I would love to hear from those in DD relationships, particularly of the F/m variety.  But, all contributions are welcome.
Posted by Dan - A Disciplined Hubby at 1:52 PM 1 comment: 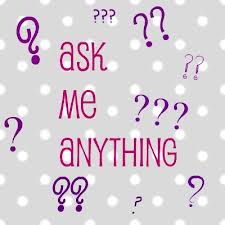 Let's get this party started!  I said in my first post that I wanted this post to be about a club.  A community.  That means sharing a bit about ourselves, our interests.   So, ask me anything, and I'll try to tell you.  No limits.

Well, very few limits.  Here is one big caveat:  I won't give out identifying life  details, like real name, occupation, or location.

Other than than, I will try really hard to be open about myself and what makes me tick.
Posted by Dan - A Disciplined Hubby at 6:19 PM 4 comments: