"Judge a man by his questions, rather than by his answers." - Voltaire


Hello all.  I hope you had a great week.  Mine was OK. Nothing particularly fun or interesting, but also no major stressors or dramas whether self-created or otherwise .  I am finally feeling a little more productive at work.  It only took two freaking months, which may say a lot about my level of burnout at the end of 2017.

The week ended on an interesting note.  There hasn't been a lot of disciplinary spanking going on lately, for various reasons mostly related to temporary illnesses and injury.  It sure has not been because I have been on my best behavior.  Yesterday, things slowed down around 4:30 and some of us decided to do an impromptu happy hour.  Around the time I was getting ready to leave, my wife called and said she wanted to go out for dinner, and asked whether I'd been carousing with the work people, as is often the case on a Friday afternoon.  I admitted that I had, and I was treated to a mini-lecture about it.  Nothing serious, though it probably was pretty clear to the people at the table that I was being told that happy hour was over.  So, I did call it a night, though in fairness I had been getting ready to leave anyway.  On the way home, I got a text from my wife directing me that when I arrived at the restaurant I was to order water and nothing else to drink and that I was cut off from alcohol for the rest of the night.

Now, this follows on discussions we have been having about her stepping up her strictness and the amount that she verbalizes what she wants and expects.  We've talked about it for a while, but recently it has been actually happening, in noticeable ways.  She's getting on me more if I leave dishes in the sink or don't put something away.  She's increasingly comfortable just telling me what I can and cannot do.  And, while perhaps it feels sexy in retrospect, it isn't at the time.  In the moment, it embarrasses me to take orders like, "Why did you leave you dinner plate in the sink? Go put it in the dishwasher.  Now."  It does make me feel almost exactly like a sullen teenager being told to clean his room.  When the order is a prohibition on conduct like happened last night, I feel flashes of both anger and resentment.  The resentment takes the form of, "I'm part of a work culture where having drinks with the team is part of being a team and part of leading it.  It's just part of the gig, yet I'm constantly getting berated for it.  This isn't fair."  The anger is just plain old obstinance and resistance to authority.  Again, a lot like a teenager being told to put away the videogame and muttering, "Don't tell me what to do" under his breath.  As he complies.  And, from her perspective she is doing exactly what I have asked her to do, and I think she genuinely does increasingly get that she is imposing boundaries for my own good. 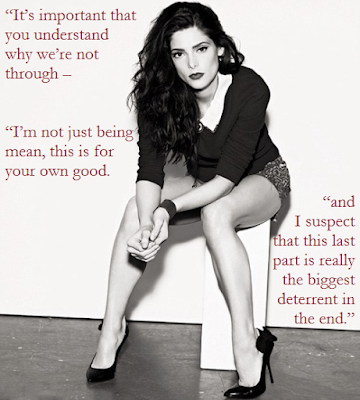 This is all happening as I read on Ronnie's Heart and Soul blog, https://ronniesoul.blogspot.com, that March is traditionally a month for Q&A in blog world. I was not aware of that.   But, from time to time I have devoted a week to opening the floor for questions. 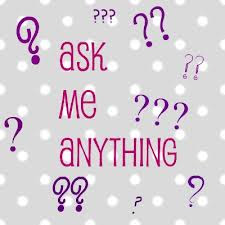 Now, "ask me anything" is a little bit misleading.  Because, while you can ask me anything, it doesn't mean I'm going to answer.  Particularly things like my secret identity or questions that might make that identity not so secret.  But, with that caveat aside, I'll do my best to answer any questions people may have. And feel free to direct questions to each other, too.

And, yes, this is kind of a blatant ploy on my part to avoid putting a real topic out there, as I just wasn't that inspired by any of them today. Though, feel free to address any of the above, including my musings about what it is like as the FLR aspect of this relationship becomes more prominent and I increasingly am treated like that teenage boy, subject to rules he doesn't like but that are imposed "for his own good 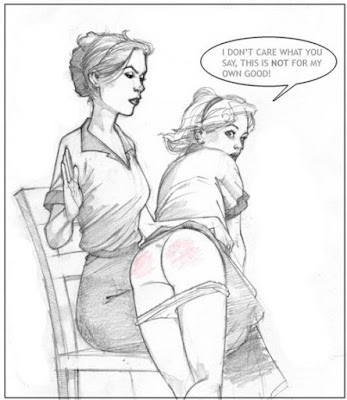 Have a great week.
Posted by Dan - A Disciplined Hubby at 9:43 AM