"If we do not wish to be ruled by a coercive authority, then each of us must rein himself in." Alexander Solzhenitsyn

Hi all.  I hope you had a good week.  I really do love this time of year.  For once, we put our Christmas decorations and tree up right after Thanksgiving without delay.  We weren't the first in our neighborhood, but close.  I had to go on a business trip this week, and when I came back, a good portion of our neighbors had their lights up.  It really does change my mood.  Though, not necessarily my behavior. 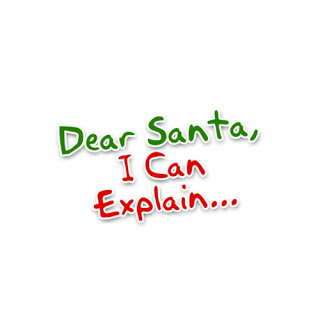 In fact, one problem with this time of year is there are no shortage of opportunities to get in trouble and misbehave, while the "real life" distractions that get in the way of her correcting such misbehavior also increase. Work parties, parties with friends, family members more likely to be around . . . It all can create the perfect storm of temptation unchecked by immediate consequences. 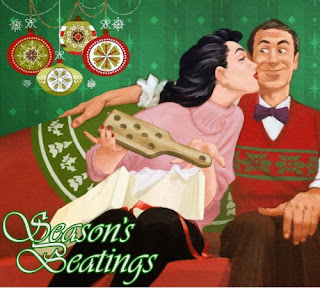 But, my own wife does seem more focused on correcting my behavior than is sometimes the case.  It's taken such a long time, but I feel like she has finally really internalized the notion of Domestic Discipline as a "go to" way of taking care of disputes and getting more of what she wants out of the marriage.  As Anna said last week, it gives her a way to take real action, then let the resentment go.  No matter how much short-term pain that may mean for my bottom, it is so much better than passive-aggressive silences or pouting.

Anyway, last week we discussed limits.  It was a good discussion, and it is interesting how many of us really want something more than spankings for bad behavior.  It's really the verbal dominance, lecturing, setting of boundaries, etc. that we crave.  As much or more than the actual act of being disciplined or its after-effects.  It's also clear that one of the biggest impediments for the wives is the "trial and error" involved in figuring out how hard should hard be, how hard is too much, etc.   Of course, ironically, many of the men seem to really want her to step up her level of control and dominance in ways that don't directly involve the spanking element of these relationships.  So, she could safely step it up in those areas, without any concern about whether she is spanking too hard or not hard enough and with no risk that a punishment is excessive in any physical sense.  It would be interesting to extend this discussion to address whether there are ways to encourage the wives to take that next step and start displaying real confidence as the Head of Household, setting rules, being more verbally commanding, etc.

Regarding the trial and error issue, one thing we did early on that really helped us both was combining self-reporting offenses with a pre-set minimum number of swats for each offense.  Instead of leaving her to have to guess at how rigorous the punishment should be, with all the self-doubt and concerns about hurting him "too much" that can go along with a wide-open system, setting a minimum "floor" for the session took a lot of pressure off her.  In fact, it reduced the whole thing to a very simple mathematical exercise.  And, because the spankings were delivered with a wooden paddle, the combination of a minimum number of swats, added up cumulatively by offense, meant that small offenses and few offenses over a week resulted in a fairly mild session that reflected the generally mild misbehavior, while if the tally got high . . . well, I had no one but myself to blame. In fact, I recall to this day (many years later) that the first real glimmer I saw of her really embracing Domestic Discipline, as opposed to just accommodating my desire to experiment with it, was when I had a particularly bad week, and the tally got up into the mid-double digits for the first time.  I added them up and said something like, "I don't know if I can take that many swats," and she replied, "Well, then I guess you should have been better behaved, because you are going to take that many swats."  It was a real turning point in some ways.

This week, I also wanted to talk about the flip-side of wanting more, i.e. are there limits to that for you?  Or, since so many of us seem to be at the point of wanting "more" in almost every sense, are there things you think should be off-limits?

Because so much our our own dynamic has been caught up in wanting her to be more assertive and more strict, we haven't spent a lot of time talking about anything that is "off limits."  It's also a matter of being together for such a long time, we don't really need to spend a lot of time talking about those kinds of things.  We know what pushes each other's buttons and what areas are especially sensitive.  So, most of our limits are more mundane.  Where spanking itself is concerned, what "limits" there are have, unfortunately, resulted from the kind of "trial and error" that does seem to be kind of inevitable.  Most of it has been around instruments.  A while back, I became enamored with rubber straps and ordered several.  Once we tried them . . . all I can say is . . . OMG!  They hurt so, so badly.  I don't know why they hurt so much more than leather, but they do.  Now, one "positive" outcome of that was, for perhaps the first time ever, I came to really, really want to avoid getting spanked.  But, those instruments also were by far the most likely to result in a spanking being terminated early because of excessive physical damage to my butt.  I don't have a lot of padding back there, so the skin is very tight and prone to injury anyway, and the rubber had a high tendency to result in that kind of injury.  It was counterproductive to the whole process, because she would terminate the spanking well before she felt I had been truly punished.  So, we got rid of most of the rubber implements, other than one lighter weight strap that doesn't seem to be as risky.

Now, in other ways she has not accepted my suggested limits.   I have told her several times that if part of the goal is to get me to tears, she should consider more of a warm-up, so I don't go immediately into "take it like a man" mode in which I just try to get through the spanking.  Yet, she never really adjusts her approach and, instead, goes hard from the first swat to the end.  I think it is a conscious choice that for her, taking me to that place of cathartic release is only a secondary goal, at best, and her first priority is to make sure I am well and truly punished for the bad behavior.

Most of our other limits are really more around the more FLR-oriented aspects of the relationship.  They really aren't even boundaries, so much as harder-wired reflections of who we are as people.  For example, I would have a real problem if she tried to micro-manage anything related to my career or, god forbid, try to push me to take that career in a really different direction.  Work is just so core to who I am as a person, I wouldn't take kindly to someone telling me what to do in that area of my life.  Now, I'm fine with her giving me some DD-related incentive to perform better and to cause less churn in my work environment through my temper or lack of self-restraint, but that is really about enhancing performance in the direction I myself have set.  In reality, it's hard to see this as a "limit," given that she doesn't have any desire to tell me what to do about my career, so it's really not an issue.

We also seem to be on about the same page regarding other aspects of the relationship that might present boundary issues for other couples.  Neither of us have the slightest desire to explore cuckholding, for example.  If she decides to experiment more with enforced chastity, I would comply even if I'm not wild about the idea.  I would actually be OK with her being more openly in charge in front of the kids and even in front of others.  So, that seems to be more of a limit for her than for me.

So, what are you limits? What are hers?  And, are there areas where the limits clearly exist but one or both of you see that limit as something that should be overcome?