Women speak two languages — one of which is verbal. ~William Shakespeare

Hello all.  Welcome back to The Forum - our weekly gathering of men and women who are in, or interested in being in, a Domestic Discipline or Female Led Relationship.  I'm posting a little early because I am going to be tied up with other things tomorrow.

I hope you all had a good week. At least mine was not a repeat of the preceding one.  Work was still a little crazy and, as predicted, there was too much family stuff going on for my wife to take care of my infractions from the previous week--which I soooooooo richly deserve to happen--but I managed to avoid repeating, or bettering, the crescendo of self-destructive behavior that occurred this time last week.  So, I guess from time to time I am actually capable of getting myself in check even without her paddle doing it for me.  Though, it did solidify my belief that we really need to continually work on ways to reinforce her status and authority, while holding me more strictly accountable.

In that vein, last week I included a link to a blog posting by J. Girl in which she talks about what she believes to be three phases of a Dominant/submissive relationship.  While I realize many of this blog's readers don't consider themselves to be in such relationships and are comfortable with Domestic Discipline all by itself, I think her discussion of what she calls Stage 2 has implications for everyone who is in a genuine disciplinary relationship, i.e. one that isn't just fun and games, whether domestic discipline or some more rigorous power exchange.  She labeled this the "Make or Break" stage.  I might also call it "accepting reality" or "surrendering."  For her, it was that stage when she came to grips with the fact she really did not like to be punished.   She talked to a friend who knew about her D/s dynamic, and who observed something to the effect of, “Of course not.  You’re not supposed to like it.  You’re being punished.”  That’s so simple, right? But, also profound and instructive.  If the punishment is real, then I am not supposed to want it.  Instead, I need to have a healthy fear of not playing by the rules we have agreed to.  I have to be genuinely afraid of consequences. I need to dislike where she is taking me but accept that it is for my own good.

What I have really been struggling with -- surprisingly so, given how long we have been at this -- is acknowledging that the reason I engage in the same behaviors over and over again is because deep down inside, I like them.  But, they are bad for me.  I have too many weeks like last week. Maybe not on that scale, but it's all just a matter of degree.  Because living that way ultimately is destructive, she gets to step in and put a stop to it.  By whatever means necessary.  And, at the time, I really dislike it.  I actively resent not being able to do what I want to do.  But, that is how real discipline is supposed to work, right?  When we were spanked or grounded as kids, we didn't like or accept that someone else got to call the shots and impose consequences when we didn't follow the rules.  But, the rules -- and the consequences for breaking them -- existed to protect us, to keep us from doing harmful things to ourselves or others, and to keep us on the straight and narrow.  So, while I really struggle to accept it when she tells me, "This week you will not . . ." it is part of a process that I know is good for me in the end. Even if it is a little like skipping the plate of brownies at work and going for a run. Or, like being sent to the principal's office for a paddling you dreaded but deep down inside knew you deserved.

Now, in order to make any kind of longer term improvement a reality, I get that I need to be humbled. And she needs to be elevated.  That's the only way it will work. I am too headstrong in my current state to really comply fully and cooperatively.  She also is still developing her Power, her Voice, her Authority.  Something that we have not really explored as a couple to accomplish those things is non-verbal communication, other than the obvious - her paddling my ass long and hard when I screw up. I am talking about more subtle communications of power, on the one hand, and submission or surrender to authority on the other. There is a lot of solid research out there showing that how we carry ourselves deeply impacts how much confidence we feel.

Confident people take up space, and do things like putting their feet up on the desk or meeting room table: 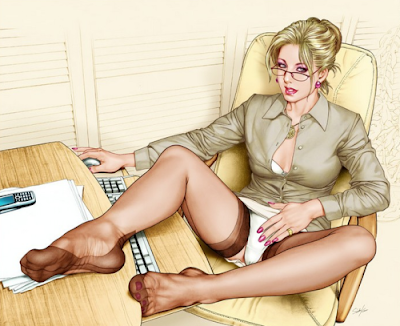 Their posture or demeanor says, in subtle or not so subtle ways, "I am in charge." 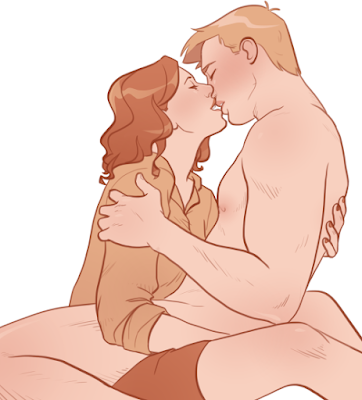 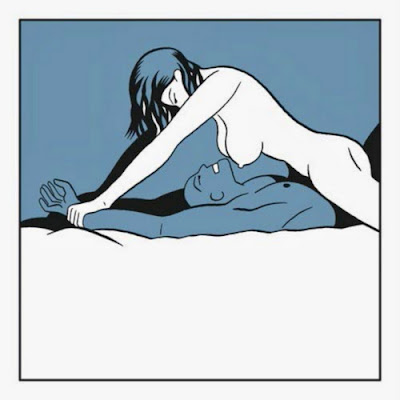 Conversely, we can adopt postures -- voluntarily or otherwise -- that emphasize that we are not the one in control. 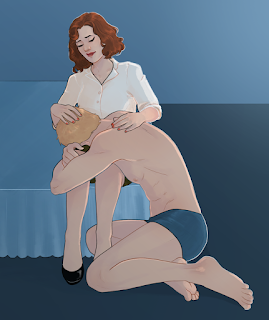 That we recognize and, at least in that moment, accept our own place in the hierarchy. And hers as well. 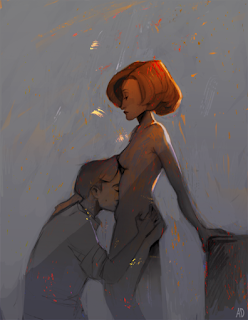 With that long-winded but hopefully visually inviting introduction, I want to open up the floor to talk about . . . kneeling on it.   Kneeling, sitting at her feet, standing with hands at your sides or behind your back while she scolds or makes you await a spanking.  Positions or postures that you are required to adopt, or that you have undertaken of your own accord, to help humble you or put you in your place.  On the other end of the paddle, are there positions she adopts to show her authority or control over you?

I hope you have a great week. If you are new to this Forum, please take a moment to drop by the Guestbook (tab above) and tell us all a little about yourself and your DD relationship or aspirations.