“You can't talk your way out of a problem you behaved your way into!” - Stephen R. Covey

It’s been an interesting few weeks on the Domestic Discipline and FLR front.  I wonder from time to time whether real progress is always incremental or, rather, comes in bursts.  Sometimes things change so slowly you can’t really detect it.  Then, you look back at where you were a year or so before, and things are surprisingly different.  I feel like that’s where Anne and I are where consistency is concerned.  A little over a year ago, I posted about consistency and my track record of success in talking my way out of spankings that I knew I deserved or, if not talking my way out of them directly, talking her into a delay, which often ended up meaning no spanking at all.  As I said at the time:

“ZM and Tomy have both talked about the role their Disciplinary Wives play or played in helping them perform better in their daily lives, by setting goals and being strict in holding them accountable.  I talk to my wife about doing that, but it's my own "But, Honey . . ." moments that get in the way of those efforts. And, unfortunately, so far she hasn't developed quite enough strictness to just put her foot down. So, we both bear some responsibility here.  She does need to get more comfortable with not only giving an order but with actually making it stick in the face of some moderate resistance or questioning.  But, I also need to get much better at simply doing what she tells me to do, without argument or undermining.” 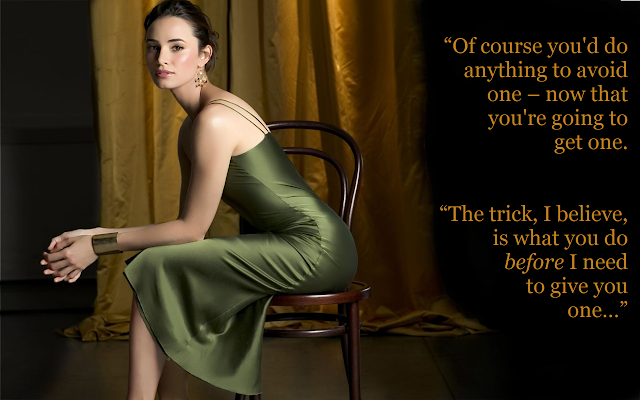 The interesting development is, a year later and kind of out of the blue, she is sticking to her guns.  A couple of weeks ago, I related that I had a really stressful weekend, and I thought she might take mercy on me and let me avoid a spanking that I otherwise deserved.  Nope.  She gave me a very sound spanking that left me sore for several days.  It happened again this week, and it was a little unexpected.  We had gone out together with some of my work colleagues on Friday, and things got a little out of control. But, I was actually not even close to the worst behaved of the group.  And, when we got home I started to fall into my preferred pattern of staying up, having a nightcap and watching a movie or listening to music.  She told me very directly to go to bed, and I resented it and complained about it. But, unlike the incident a couple of months ago in which my resistance undermined her confidence, this time I actually complied.  I didn’t like it at all, but I did obey her.  I thought that my progress on the obedience front might have earned my way out of a spanking or at least resulted in a very light one. Nope.  Her position was that while I did obey, I did it reluctantly and with a bad attitude, and the obedience also did not make up for the other bad behavior that evening.

What caused this change?  I really don’t know.  It does follow some communications we had about the lack of equivalence between my behavior and the consequences she imposes, in that my bad behavior is depressingly consistent, while the consequences are pretty sporadic.  But, we’ve had many talks in the past about consistency, yet none of them really seemed to stick.  This time seems to be different. 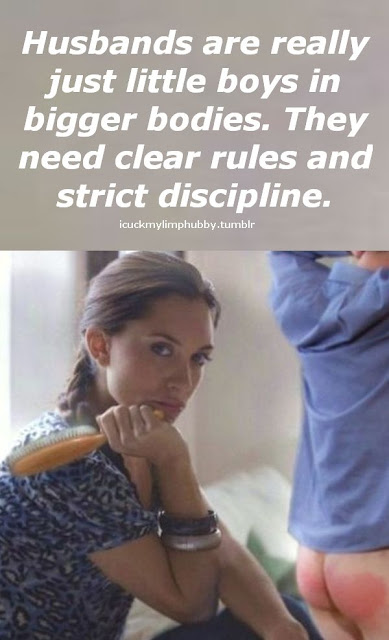 So, am I in Disciplined Husband heaven, now that I am getting some of the consistency I have been asking for?  Well, no and yes.  In the moment, I really, really, really hate getting spanked.  And, I really did think that my obedience should have earned me more kudos this week.  “Resentment” may be too strong a word, but I definitely do have some negative feelings about being kept in line.  But, this feels a lot like the way a teenager feels after a spanking or after getting grounded or losing some privilege.  And, that is exactly what I have been saying I want – and I still do want it.
As I said a week ago, “This is what consistency looks like, and in typical Domestic Discipline fashion, part of me wants, needs and openly requests it, but then the part that really hates being spanked and remembers how badly it hurts resents being unable to get out of it.”  As it turns out consistency also results in another “benefit” I have been saying I want, namely discipline that feels imposed and non-consensual.

As ZM said, “I agree totally about the power dynamic, both when we were kids when we hated the thought of being spanked, and now when we have done a 180 and want/need/crave imposed discipline. In fact, I think it would be fair to say that I almost need the "imposed" even more than the actual "discipline." But in other cases, I have talked her out of a spanking when I really knew that I deserved it. That is really unfair to her, because it makes it harder to be assertive like I am wanting, but then to be talked out of it when she tries. And of course, after the fact, the few times that this has happened over the several years, I have felt much more disappointed (both that it didn't happen and in myself for causing it to not happen) than the temporary relief I felt.” 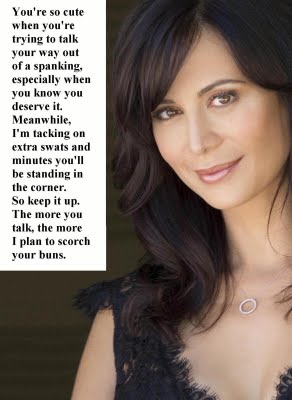 The underlined portion of ZM’s comment really resonates with me.  While I hate it in the moment, I know in my heart that I really, really do need to be made to stay within the lines.  I hate boundaries, yet I know I need them, and they don't feel like real boundaries if I have to impose them on myself.  But, now that I am experiencing true consistency, I'm finding that the undermining and unfairness that ZM is concerned about may have a paradoxical aspect in which resistance actually augments the FLR aspect of the relationship. Now that she is being more consistent, I feel like trying to talk her out of it, but failing, actually augments her authority and verifies that she really is in charge.  Her strictness in the face of my resistance confirms her status as the Boss.  Something that once did undermine her authority now paradoxically enforces it.  I also think her imposing discipline in the face of some mild resistance from me results in a virtuous circle in which her confidence goes up each time she gives me a spanking when I really don’t want one and try to avoid or delay it.

I can’t say I have a tightly defined topic related to all this.  Instead, I’m interested in your reactions and experiences.  For the Wives, how do you deal with resistance?  Have you experienced a surge of pride or confidence by being faced with some resistance but overcoming it and sticking to your guns?  Does the resistance result in any extra or different punishment?  For the men, have there been times you have tried genuinely but unsuccessfully to get out of a spanking? How did you react to getting one despite your best efforts?

I hope you have a great week.
Posted by Dan - A Disciplined Hubby at 1:44 PM