A kite needs to be tied down in order to fly. I learned how important restrictions can sometimes be in order to experience freedom. - Damien Rice

Another interesting week, including from a domestic discipline and FLR perspective.   Last week, I recounted some of the events that had made for a stressful weekend.  Anne knew it had been stressful, and by Sunday night I thought that perhaps she was feeling merciful.  Nope.  As I was getting ready to pack for a business trip, she told me I would be getting spanked in about 30 minutes.  And, she delivered a very sound spanking.  This is what consistency looks like, and in typical Domestic Discipline fashion, part of me wants, needs and openly requests it, but then the part that really hates being spanked and remembers how badly it hurts resents being unable to get out of it.

I have, in fact, been asking her to step up the consistency, because my weeks keep feeling like the movie Groundhog Day – the details change but my mindset and self-indulgent behaviors keep me locked in the same old pattern of misbehavior.  I feel like if I really want to change, the boundaries have to be clear and the consequences certain.  She has been delivering that lately, and I feel like there are signs that it is getting through to me.  I behaved pretty well throughout the week, though yesterday went kind of sideways at days end.  But, she gave me a couple of orders that just a couple of weeks ago might have been disobeyed, but this time I complied even though I really didn’t like it. 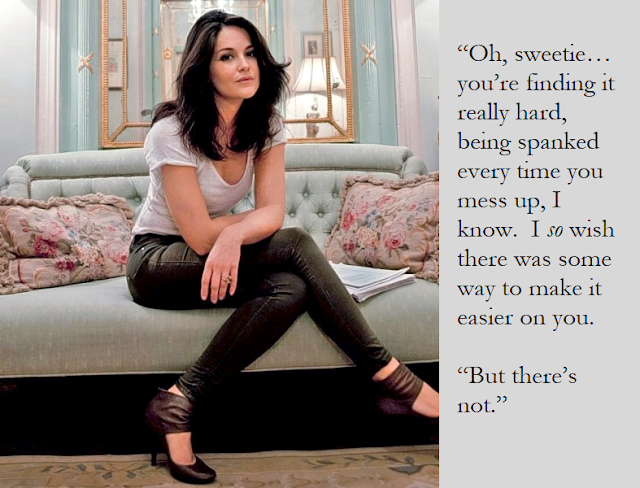 The real change in the power dynamic also has been playing out in my dreams lately, including one in which she was seeing another man.  I was angry about it, but in the dream when I confronted her, she was dismissive and made clear that she was going to do whatever she wanted.  Now, in real life I know she would never do that, but I think the dream was indicative of a mind wrestling with a shift in the power structure such that my views and wishes are subject to being discounted.  And, while it is always frustrating in the moment, it is undeniably erotic, too. 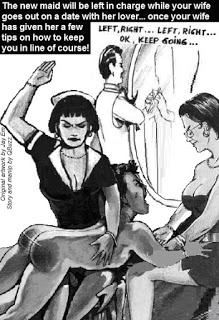 Safewords are all about empowering the recipient to end a spanking on their terms.  This week, let’s talk about something that takes things in the opposite direction.  Have you ever been tied down or restrained during a spanking, so you could not get up or escape? 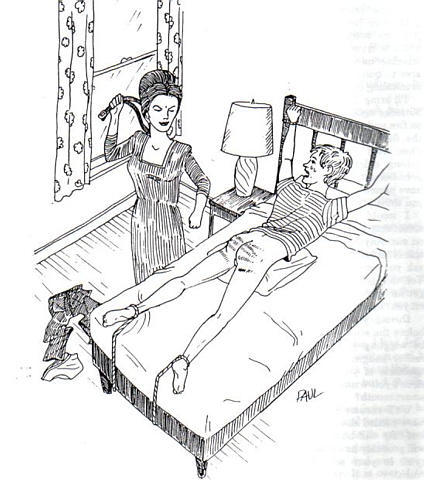 We experimented with this a few times. I thought it would add to the sense of the spanking being imposed regardless of my consent or lack thereof.  I can’t say it really achieved that, but I also don’t recall there being a time that I was tempted to try to get up.  I think being restrained could contribute to a sense of powerlessness, but probably only in combination with a spanking taken to the point that I felt an urgent urge to physically resist. 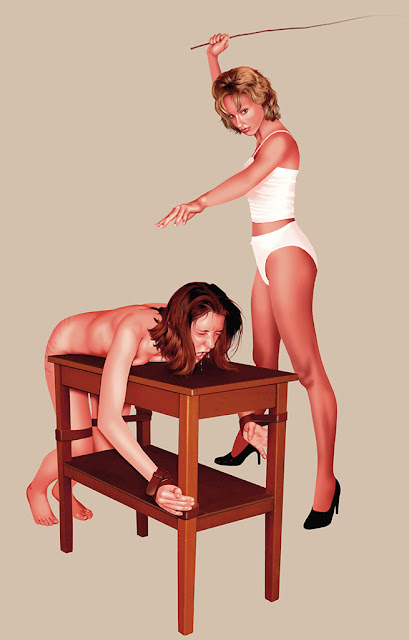 How about you?  Have you ever been tied down or restrained during a spanking?  If so, what does it add to the experience, if anything? If not, would you like to be?
Posted by Dan - A Disciplined Hubby at 1:30 PM