“Don’t let your mouth get you into something your ass can’t handle.” – Basketball Diaries 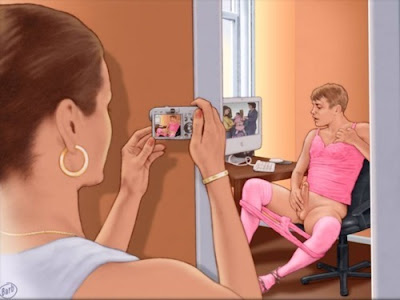 Though, speaking of being “out” or “open,” I had a somewhat disturbing event happen this week that involved the prospect of being involuntarily “outed.”  I won’t go into details because they might be too self-revelatory, but suffice it to say it involved a possible computer hack that I was concerned might have exposed some of the stuff I keep around, like my collection of spanking porn and that someone might expose my Domestic Discipline interest and activities.  I went to a bit of a panic that turned out to be unmerited, but it did make me mentally and emotionally confront what I would do it something like that did become public.  What would I do?  How would I handle the situation?  Would it seem life-destroying, or oddly freeing?  Honestly, I think if it involved being outed to colleagues or in a work-related context, I’d just lie and claim the leaker had faked whatever they disclosed in some perverse plan to damage me.  Honestly, in this era of “deep fake” photographs and a President who gets away with lying about paying off porn stars to cover up extramarital affairs and suffers not the slightest consequence even when confronted with the payment checks, lying in the face of incontrovertible evidence seems like a plausible strategy.  Or, I could just own it.  Just say, “Yeah, I like my wife being in charge and taking me to task with her paddle and strap.  What the fuck do you care?”  But, what my little panic incident revealed is that while that might be an option in the future, right now I do not want to deal with the possible consequences.  I do think there could be pretty significant professional consequences, at least for the next few years until retirement.  Though, it did occur to me that such “outing” could be the signal from the universe I’ve been looking for about when it actually is time to get on that glide path into retirement or a career change.  My real trepidation though is around extended family finding out.  I think most of my friends would be fine with it, after a bit of shock.  Our kids would probably roll with it, assuming they don’t know or suspect it already.  But, I really wrestle with the mortification I’d experience over parents and older relatives knowing.  We talked about humiliation a couple of weeks ago, and this week’s event demonstrated to me that while part of me is attracted to being more “out” and to being humbled in certain contexts, there are still hard limits and the timing is not right. 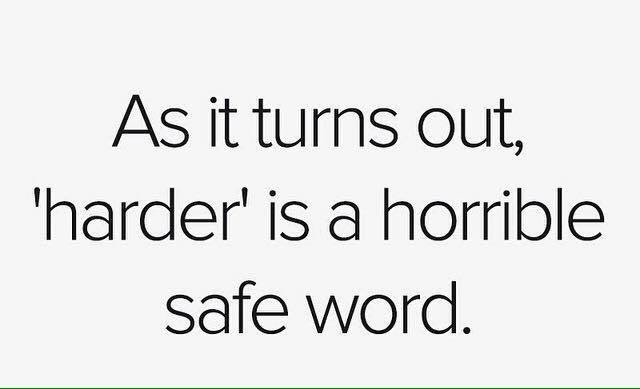 While safewords may seem like a pretty straightforward topic, it is one that has a lot of layers, including some that always cause controversy among the group.  “Consent,” "consensual non-consent," and true non-consent have been on my mind a lot lately.  I’ve always known that part of what initially attracted me to DD was the prospect of losing control to someone or, more accurately, having all control taken away from me.  When I discovered the Disciplinary Wives Club, the stories that appealed to me the most were those in which the corporal punishment regiment was imposed by the wife, as opposed to initiated at the husband’s request. Similarly, stories where the spanking goes on way past the husband’s self-perceived limits were and are morbidly attractive. Being spanked when I really, truly do not want to be has always been part of the perverse appeal Domestic Discipline has for me.  Same with being taken way past the point of “comfort,” to where it really feels like a harsh punishment for bad behavior. 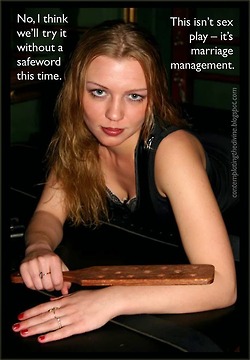 Safewords are not part of our relationship, and to me they seem inconsistent with my need for disciplinary spankings to be “real.”  With a safeword, I would remain in control, and that is the exact opposite of what I want.  Given that for us spanking is about things like discipline, punishment and payback, giving me the ability to shorten the duration of a spanking or to cause her to back off on the intensity by simply uttering an agreed-upon phrase seems inconsistent with that.  For us, the whole point of DD is putting my butt's fate in her hands, letting her decide when enough is enough, and making sure that some punishments are way more than I want to repeat.  And, yes, while I theoretically could struggle and get up if the spanking was just too much, I never have and, if I did, I would very much want her to solve that in some concrete way like using restraints to hold me in place.  Thus, for us, a safeword is something that seems to make perfect sense in the BDSM and “scening,” context, but is more problematic in the context of our relationship, at least to the extent it can be used to call an end to a spanking just because it is hurting too much, i.e. where there is no medical issue, injury, etc. that demands a stop or some kind of adjustment. 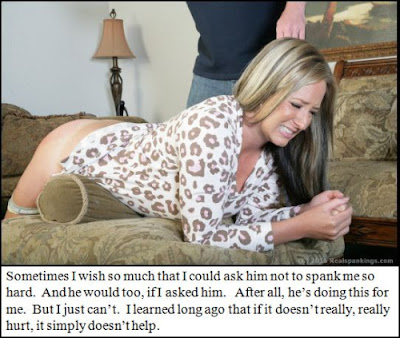 Now, that last point is important. I do think there has to be a way to pause or stop a spanking if something is really wrong, like where the recipient is feeling something that just isn’t within the norm of a punishment spanking and indicates a prospect of real injury.  But, we have been married for a quarter century and doing Domestic Discipline for over a decade, so if I felt something was really wrong, I’d just say so.  There is no doubt in my mind that she would pause and, if something was wrong, stop the spanking.  And, I also don’t tend to verbalize a lot during spankings, at least not with words.  I do plenty of grunting, groaning and yelping, but I don’t do things like begging her to stop, which obviously could cause confusion about whether he is just voicing the reality of a hard spanking or, rather, really in distress in a “bad” way. 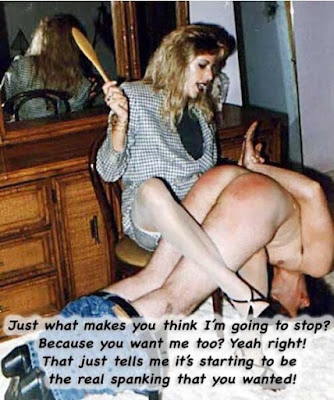 What do you think?  Yes or no on safe words?  Are there some situations (medical emergency, real injury, etc.) where it is appropriate but others (the spanking just hurts a lot) where it is just trying to avoid the punishment itself and should not be allowed?  If you do use one, care to share what it is?