"Obedience of the law is demanded; not asked as a favor.” - Theodore Roosevelt

Here, it's finally starting to feel like Fall has arrived, which makes me happy.  Red and yellow foliage.  Crisp morning air.  Oktoberfest and all that entails. 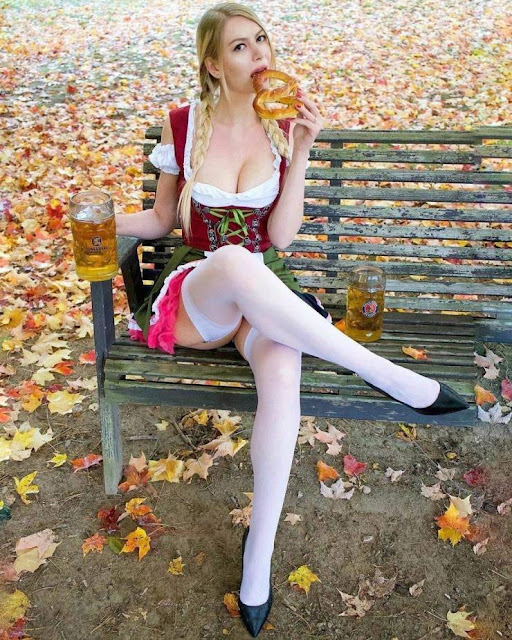 Mine was sort of – meh.  Not a lot happening, good or bad.  That in itself is kind of a problem.  Work used to keep so busy, I didn’t have time for much else, and I fantasized about all those things I’d do if I had more time. Now I have more time, yet I’m finding I still don’t get all that much done on an average day.  It’s amazing how much time gets chewed up with a few dog walks, working out, mowing the grass, running a few errands, etc. I’m finding that in some ways, leisure and adventure actually require more proactivity, more planning, than work ever did.  At work, a lot of my daily activity just kind of happened, and many of my priorities were set for me.  Leisure and adventure, by contrast, happen only with some actual effort to overcome inertia and get out of the status quo. 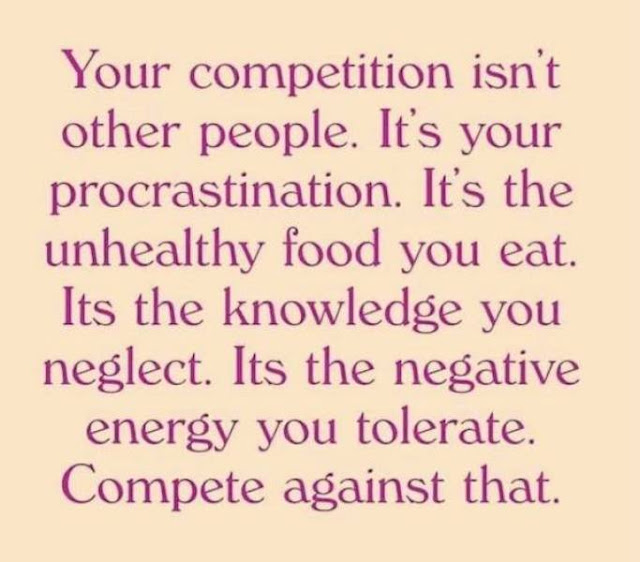 It was a good discussion last week. Though, there were times it seemed like people were talking past each other.  Part of it may be fault.  Perhaps I should have defined “zero tolerance,” but given the context of the specific questions—which all focused on whether particular issues are or might be punished without exception—I didn’t really think I needed to. Yet, I got the impression some commenters were focused on zero tolerance not with respect to a particular issue but, rather, as punishing anything and everything and, on that basis, objected to the whole concept.  Others focused on timing, i.e. not putting off a spanking when “real life” intercedes, though that seems to me to be a separate issue.

Personally, although I fully agree that zero tolerance can’t and probably shouldn’t be applied to all issues, I still think it may have a constructive role to play with respect to particular behaviors or failures that are particularly important to the disciplinarian or the recipient.  I got to thinking about it a few days before writing last week’s post because I was frustrated with myself over one particular ongoing behavior issue.  Actually, it really is one single aspect of one behavior, but it’s one that always seems to have an outsized negative influence.  It got me thinking that while I have a lousy record addressing some big issues, it may be possible to zone in on that one aspect of the issue that causes most of the problems or, more precisely, to ask Anne for additional focus—to the point of zero-tolerance—on that one sliver of the overall behavior.  It’s basically the Domestic Discipline version of the “80/20 Rule,” which I can characterize from a couple of different angles, namely “80% of my problems extend from 20% of my behavior” or “80% of our results come from 20% of our efforts.”

In the midst of talking about all this, ZM unknowingly suggested this week’s topic:

"And others have mentioned the difficulty of making punishments happen in the midst of busy lives, lack of privacy, etc. I think the answer to this could be found by exploring the use of alternative punishments as necessary. "There is going to be a consequence, and I can't spank you now or soon, so instead...""

As I noted, in the past probably the only topic we've talked about here that seems to meet more resistance than "zero tolerance" is “alternative punishments.”  I’ve never quite understood why, though it may be as simple as many of our commenters are highly into spanking and  only somewhat tangentially into discipline writ large.  Well, be that as it may, I’m going to give it another try.

In her comments last week, Danielle described an incident in which Wayne kept talking over her and their dinner guests, to the point that she had finally had it with him.  In her words:

“I lost it because Wayne had ignored so many previous warnings . . . I made a real scene, yelling at Wayne for about a solid minute. At the end of my rant, Wayne was red faced and speechless. The other couple were dumbstruck too.  . . . Once we were alone, I ordered Wayne to pull down his pants, and I gave him several licks with the heavy strap, swinging it with the full force of my anger. Then I sent him to bed in the guest room.

While it could fall under a topic of “lecturing” or “scolding,” I also see Danielle’s “scene” in front of witnesses as a form of alternative punishment. (Or, since she spanked him too, perhaps in this case it would be categorized as “complementary” form of punishment.) And, it was a form of punishment that not only worked but seemed to work better than the spanking.  Glenmore concurred: “I agree with you 100% Dan, my wife scolding me in front of our friends was way more effective than a spanking to cure me of this habit, although the threat of a spanking still adds more weight to it.”

Like ZM, I’ve always been intrigued by alternatives to spanking.  I think there are two primary reasons for that interest. First, I see them as a kind of “zero tolerance” or “whatever it takes” tool that a wife could keep in her arsenal of spanking isn’t getting the job done. 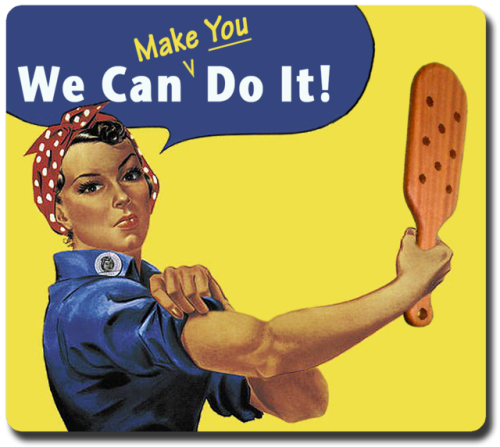 Second, as readers here know, I’ve always had a thing for “maternal” discipline, and many of the most common options for we talk about for “alternative” punishments coincidentally are those some of us experienced as kids. In fact, Danielle did a great job of summarizing some of them when responding to one of my posts about maternal discipline several months ago:

So, WHAT IF Anne pushed the adult/minor dynamic to its logical conclusion. She has already taken a step in that direction by assigning you chores and warning you not to forget to lock the doors under threat of being spanked. But if she really wants to exercise her authority in a “maternal” way, I think she should consider deploying the full range of disciplinary tools adults employ with minors. In other words, in addition to spankings, she could consider consequences like grounding, loss of privileges, early bedtimes, etc. She could also consider limiting your personal discretionary spending by putting you on an allowance which could be suspended for disciplinary purposes as she deems appropriate. She could impose curfews and require you to get her permission if you wanted to go out for drinks after work. From what you have said previously, I believe you would find those auxiliary measures more truly humbling and embarrassing than simply having your bottom paddled.

Let’s push the parent/minor analogy a step farther. If you were really a minor, there would be no reason for Anne to hide her authoritarian status from other people. So, if I was Anne, I would probably let some select group of people (maybe certain friends or family members) in on the secret that she wields real authority over you and expects you to obey her. Speaking to you in an authoritative way in the presence of certain people would certainly humble you, wouldn’t it? Then, if the people were curious, that could lead on to her revealing to them that she disciplines you, and maybe even to spanking you in front of a willing witness, as others have suggested.

So, with one comment from months ago, Danielle hit on a whole bunch of issues relevant to last week and this week’s topics and others that have come up a lot lately: doing what it takes to effect the change you want; public displays of authority; letting others know about the disciplinary relationship; and, a nice list of punishments that might complement spankings or be an alternative to them if the spankings aren’t working. 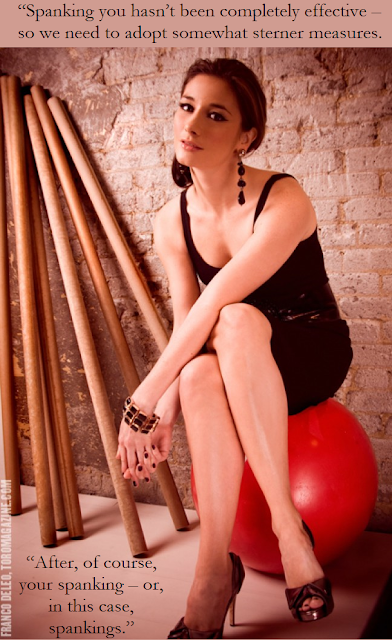