"He that is good for making excuses is seldom good for anything else." ― Benjamin Franklin

I hope you all had a great week. Mine was, in a word, boring. I had this vision that, once work was less of an issue, all these other interests would arise and really bloom.  So far, it’s not really working out that way, and last week I found myself spending way too much time bingeing television shows (though, to be fair, TV is pretty damn good these days.  Did you watch the Emmys?  Go Ted Lasso!) and reading books I’ve read before.  I’m not sure what’s going on. The Zen, spiritual side of my brain tells me that I just need to ride it out; that maybe after a couple of decades of being crazy busy, I need to really experience boredom before I can move on from it.  The other side of my brain says this is no way to live and that I need to get off my lazy ass and do something. 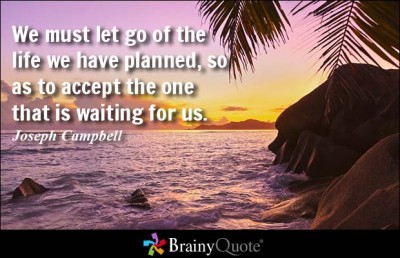 We did have a good discussion last week about tears, though it seemed to draw less interest than I thought it might.  Maybe it’s one of those topics that fascinate me but not that many others, or it may be that it’s a topic that’s hard to hit from a truly new angle.  In any event, for those who are interested in getting to--or bringing about—tears, the comments seemed to suggest two factors were paramount:

While I’m going to move on to a different topic for this week, I’m happy to keep talking about “tears” if anyone has any additional thoughts.

This week’s topic came up because of a little personal failure I had over the weekend.  I won’t go into details, and it wasn’t a huge problem, but it involved telling myself I’d show some self-control in a particular area, but then I just failed to do it.  Again, it wasn’t a big deal in the scheme of things, but it just gets old when the same old temptations win out time and time again.  It occurred to me that maybe the only way to motivate myself to deny such a temptation when it is presented is – zero tolerance. 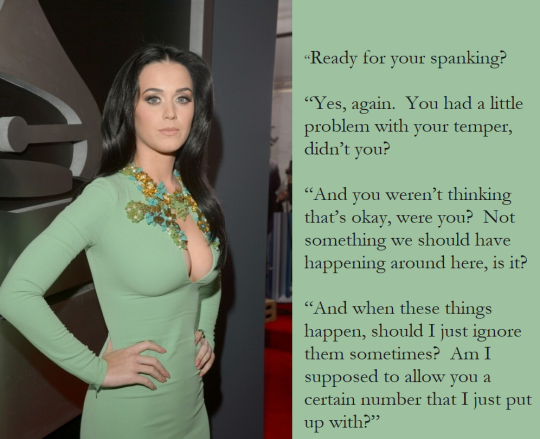 In fifteen years of doing DD, we’ve never really had a “zero tolerance” issue.  I thought for a while that her issue with failing to lock doors when I left might become one, then she let a couple of incidents slide.  Interestingly, while I often bemoan my lack of willpower, I have successfully imposed a few “zero tolerance” rules on myself.  The example with the most staying power is tobacco.  In high school and college, I was a regular smoker and user of tobacco, and nicotine was my one and only true physical addiction.  I tried to quit several times, and a few times I succeeded for a few weeks. But, I always started again.  When I finally quit, I went cold turkey, and in thirty years I’ve never had another cigarette.  I just can’t.  I know myself well enough, if I had one cigarette on a special occasion, a week later I would be having “just one” a day, then one would become three, then three would become a pack a day habit.

I’m not sure “zero tolerance” needs to be for big things, like ending a tobacco addiction.  It seems like it might even work better for small things (like locking doors?), that don’t really involve deeply rooted habits or personal identity issues but are, instead, things that are somewhat important to one or both spouses but are not (yet) front of mind for the offender. 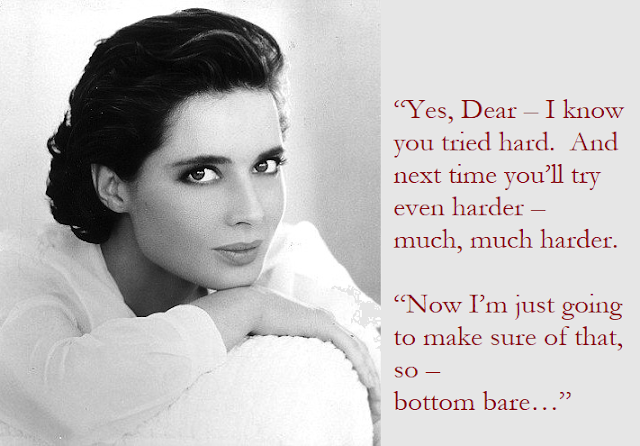 A few weeks ago we talked about severity and consistency, and everyone seemed to concur that most of the Disciplinary Wives exercise a fair amount of discretion in determining whether any particular offense should be punished. Sometimes they choose to just let things slide, even if some some bit of bad behavior is agreed to be “spankable.”

On the other hand, are there some behaviors that are treated with zero (or very little) tolerance? That result in a spanking every single time?  If there is such an issue in your DD relationship, is it an issue that is important to her, or to you, or one that you both agree should be punished every time?   If she doesn’t treat any issue with such little tolerance, do you wish she would? 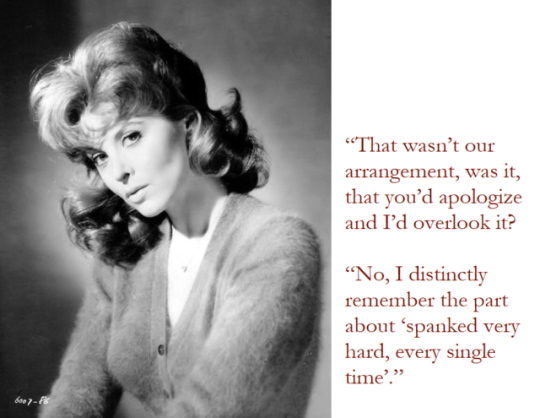