When you don't respond to bad behavior, you get more of it. - Carly Fiorina

Mine was pretty uneventful.  Downright boring, in fact.  Part of that was due to weather.  This seems to be an uncharacteristically cold and wet May where we live.  It was gray, rainy and cold almost the entire week.  So, I didn’t get much accomplished beyond some minor yard work and reading a few books.  Although it is easy to blame the weather coupled with the fact that work was a non-factor, I still feel like I should have set a more ambitious agenda for the week. Seems like being slothful like this could become a real habit in the absence of some concrete goals. Before this laziness gets any worse, I may need to think about coming up with some ambitious non-work goals that would require a little effort, perhaps by looking back at our discussion a few weeks ago about DD and goal setting. 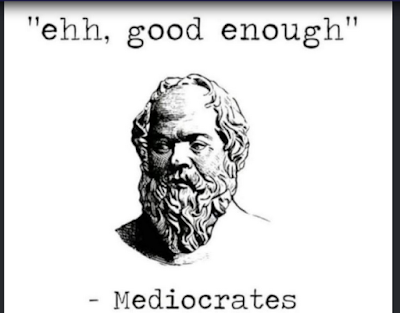 Last week’s conversation took some interesting turns.  Couples’ respective views on goals covered a lot of territory, and some of the dividing line seemed to be around the inverse relationship between the clarity of the rules and the perceived need for warnings, with those who had the most concrete rules seeing little or no need for warnings. I also thought the discussion around captioned photos was productive, even if I didn’t agree with a lot of the points.  It’s nice when you can have people with diametrically opposing views manage to hold a civil conversation. 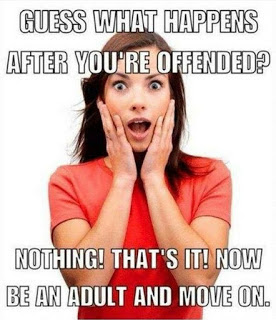 As for this week’s topic, thanks to Liz for providing one, since I had nothing in mind.  Liz stated: “Dan, you mentioned you got spanked last week for the first time in a long time. Maybe the whys and wherefores of that incident could be extrapolated into a topic. Maybe something specific, or maybe just the most recent punishment received by or given by each reader, and what they learned/gained from it or what surprised them about it.”  So, let’s keep it simple this week and just talk about the most recent punishment we each received or gave, why it happened, any details you are willing to share, anything you learned/gained from it, and whether there was anything surprising about it.

I can kick things off and respond to Liz’s question.  I did, indeed, get spanked a couple of weeks ago, and it was the first time in several months.  The reasons for the delay are complex and not particularly interesting in and of themselves. In a nutshell, I’ve made reference a few times to a medical procedure I had last year. The recovery time was fairly long, and I was more or less homebound for a lot of it.  That resulted in three inter-related factors that eliminated DD spankings in our house for several months.  First, for much of that time, I simply could not have handled one physically. There was a fair amount of pain for several weeks, and the tensing involved in being spanked is something I really could not have withstood during that period. Also, it would have been very difficult to get into and hold our usual position.  Second, because I was home and away from most temptations, my behavior was much improved to the point that I really didn’t do anything meriting a real spanking for many weeks in a row.  Third, as a result of the restricted mobility and several weeks of healthier eating, I had dropped quite a bit of weight over the holidays and during the first several weeks of 2021, to the point that Anne said my butt lost so much mass that she actually got a little squeamish about spanking me given the visible loss of “padding” back there.

Well, all good things must come to an end, and a couple of weeks ago my streak of better-than-usual behavior reached its limits. It was a Friday, and I went to lunch with a work colleague. It turned into a celebration of sorts. After a few glasses of wine, we walked back to the office and I ended up having a few more beers with a couple of other colleagues who had nothing better to do. 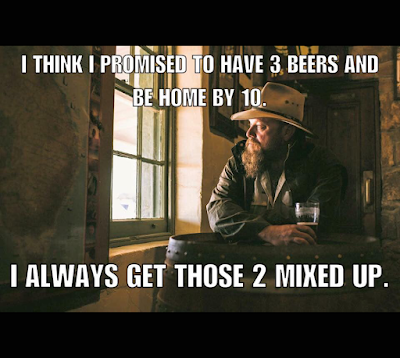 While it never got really out of hand, it was excessive by any reasonable definition.  Though, honestly, when she decided to spank for it, I think it had more to do with us both recognizing that it was time to get back on track than with any genuine concern about the volume of alcohol.

This spanking was different both in terms of how long it had been since the last one and with respect to the instrument she used.  A few months ago, I had given her a real, high quality antique ebony hairbrush.  It was the absolute epitome of an iconic hairbrush used for spanking, and I bought this one used so it really may have been used on someone else’s bottom in the past. It looks very similar to this: 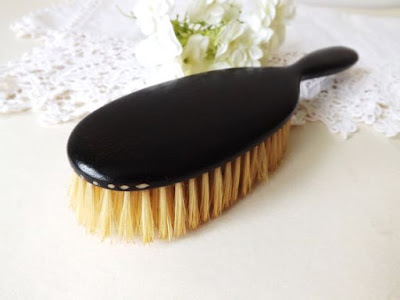 Even though we have been doing this for many years, we have never had a really good quality wooden hairbrush.  As I’ve related before, when we first decided to try Domestic Discipline, her first instruction to me was to buy a hairbrush for her on my way home from work. Unfortunately, I came to learn just how hard it is to find wooden hairbrushes with any real heft.  I bought the best I could find at the time, but it wasn’t much in terms of quality or weight.  She tried it out that night, and it really didn’t have much impact, physically or psychologically. We soon moved on to more “serious” implements, like paddles, straps and bath brushes.  We never really went back to hairbrushes, and I came to think of them as generally ineffective tools thanks to their generally light weight and short handles.  But, remember what I said about Anne’s squeamishness about spanking my newly slimmed down butt?  It seemed to me that a session with her new hairbrush might be something that would ease us both back into things.  So, that’s what we did.

To answer Liz’s question as to what I gained from it, the answer is a surprisingly sore butt. Which also answers her question about whether anything was surprising. From virtually the first “whack” on, I was shocked at how much it stung. I don’t know whether it was simply that it had been several months since my last spanking or whether the weight loss really did lead to some heightened sensitivity, but it was very, very painful.  She was pretty measured in delivering each swat, never working up to a really serious volley of whacks with it, yet it really hurt a lot and I very much wanted it to end well before it did.  She said afterward that she regretted that she didn’t spank me harder and that she felt like the short handle did decrease her ability to really swing, but all I can say in response is that it not only hurt like hell but I was pretty sore for a couple of days. 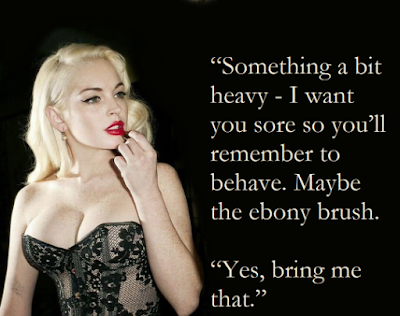 So, that was our most recent spanking, and I suspect there will be more coming now that our long dry spell was broken. I look forward to hearing your own stories of recent punishments.

Have a great week, and happy Mother’s Day to all the moms in our group!