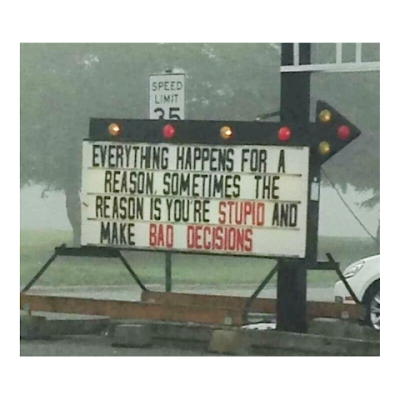 It’s been an eventful couple of weeks for us.  There was a bunch of family drama with involving some very bad decisions and bad behavior among one branch of our family.  I really try not to live my life like a cliché, but with my in-laws, I fail.  I’ve always had a hard time tolerating them, and it’s getting worse not better.  I think sometimes my wife must have been an orphan left on the doorstep, because her normality and general sense of responsibility sticks out like a sore thumb among her immediate family. 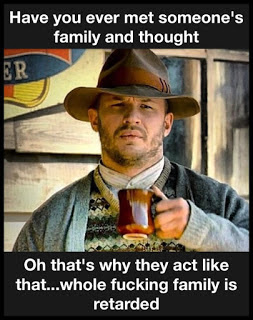 It’s finally starting to feel a little more like spring here, but it varies day to day.  With better weather coming, and more time on my hands (more on that at another time), I’m hoping Anne and I can start having some more fun and doing some traveling, especially now that we’re both fully vaccinated and the world seems to be getting a little closer to normal again.  Paradoxically, with more time on my hands, I have a feeling it is going to get harder and harder to post on my previously semi-reliable weekend schedule.  I’m not sure the overall frequency of posts will decrease, but weekends may be more packed with activities. So, I may start posting on whatever day I seem to have the best combination of inspiration and time.

Now, on to this week’s discussion. It is an extension of some things that came in comments over the last couple of weeks.  For some reason, several recent comments centered on various aspects of communication between husband and wife regarding DD or the behavior that led up to it. 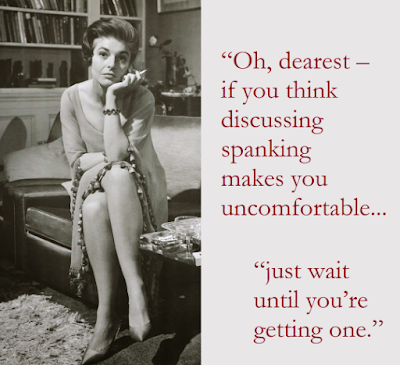 Here are a few examples:

Belle: The thing is, he is embarrassed to talk about DD, whereas I want to. But maybe it's easier for the spanker because I feel no embarrassment. He just wants me to impose the sentence and carry it out and not discuss it before or after.

Alan: We did informal debriefs after major spankings from very early and she made me talk about it and talk about all kinds of things from the effectiveness of the spanking to my feelings about it and also her thoughts and feelings and future expectations. They were designed as a kind of “after action “report and a road map forward.

Brett: I would be hugely embarrassed to talk about DD or about punishments before or after, and I can’t see myself bringing up the subject at any time. However, if she didn’t talk about it, I believe it would leave me with an empty feeling and of something left unresolved. It seems the one in charge should insist on discussing both specific issues and evaluating discipline in general.

Liz: I do appreciate the opportunity to scold and lecture that DD provides. Without the paddle, I'm bitching and nagging and he can complain about that and not change the behavior that I am nagging about. With the paddle, I'm correcting and he knows he has to listen and improve. The power of DD in changing a husband's attitude about scolding is quite extraordinary. It's one of if not the best thing about F/m DD.

Then there was Liz’s communications with Art’s co-worker, which I personally find to be an incredibly significant escalation in the communication process.  I’ve always thought it would have been great if Anne had developed a relationship with someone at work who might rat me out to her, but it never happened.  For a short while, I had an assistant who was pretty obviously quite kinky and, based on something she told me about her reading preferences, her kinky tastes plainly tilted toward S&M and erotic spanking.  Had she been with me longer, there is some possibility that I might have confessed about my DD interests and tried to work up a process for her letting Anne know whenever she witnessed bad workplace behavior on my part. But, she was meant for bigger and better things and moved onto another role shortly after she told me about her exotic reading habits.  So, I guess I will just have to live vicariously through Liz and Art.

The discussions about communication narrowed as we got to the end of this week and began to center on a more discrete topic, namely “warnings.” 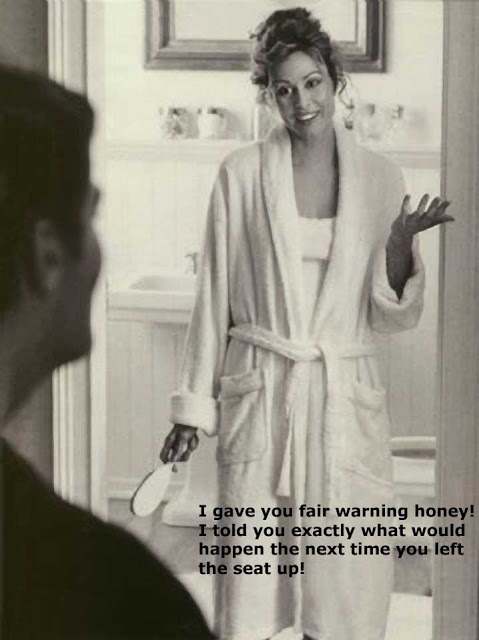 Glenmore: I know it really resonated for me when I saw my 'offences' in writing.

I recall being surprised the list was so long and that some of them upset her so much. It wasn't long before she 'taught me to memorize that list, and those offences occur much less often these days , especially since she started with the 'warnings.’

Tomy: Indeed, those "warnings" had become very effective for me too. Often she would, if we were in public settings, subtly make a gesture on her palm indicating "that's one." It was her counting to "three," which was a definite point of no return. I didn't make a game of her getting to "two". But if she did I was very vigilant to avoid "three." 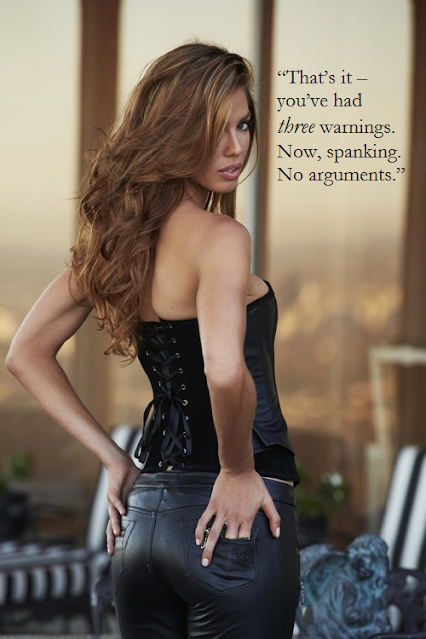 Belle: I need to start doing this. A public warning of some kind.

This culminated in Belle suggesting an actual topic:

“Dan, I am interested in warnings and a possible topic might be what kind of warnings (threats, promises) does the spanker in your relationship give, both in private and in public. How many warnings are typical for the same misbehavior? And what exactly do you hear (or say for the woman) when it is the absolute last chance and any more misbehavior means a spanking.” 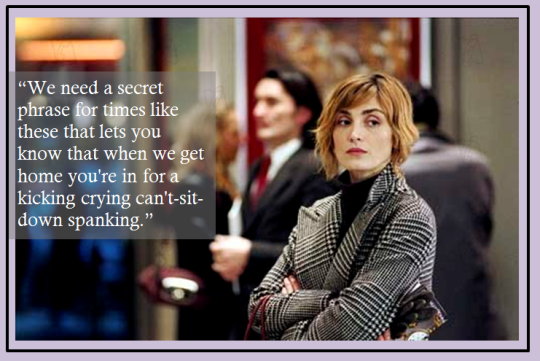 So, let’s make that this week’s topic.  Also, regarding the more general topic of communication and some of the examples above, I’m curious about the degree of verbal strictness—including warnings but also verbal chastisement, lecturing, etc.—you have, or would like to have, in your DD relationships.  Back when Blogger had a polling feature, I had a couple of polls that centered ways in which men might want “more” of some aspect of DD – more spankings, harder spankings, more rules, etc.  The one item that every participant identified as being something they wanted more of was verbal strictness.  Is that the case among our current commenters?  Do you men wish your wives were more vocal in holding you accountable, giving warnings, setting boundaries, etc.?  For the ladies, is issuing warnings, threats, commands, etc. something you enjoy?  Do you have any desire to be more verbally strict or dominant?

Of course, there is something to be said for not giving warnings, isn't there? 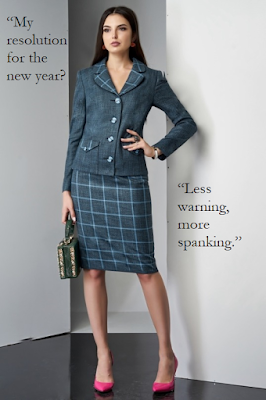 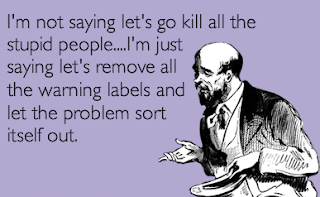