Of all the hardships a person had to face, none was more punishing than the simple act of waiting.” -- Khaled Hosseini, A Thousand Splendid Suns

I hope you all had a great week.  Mine was pretty good.  Nothing major on the disciplinary or “real life” front.  I do feel like I may have at least started to turn a corner on a period of some disappointing behavior.  As usual, it seems like I have to make serious effort on every front in order to stay in line on any front.  After drifting on several fronts, last week I seemed to finally get dedicated to getting my shit together on several things at once, including alcohol, exercise and diet.  I had let the diet really slip, but I feel like I’m finally getting back on track where health and fitness are concerned.  That’s good, because at my age things can go downhill fast. 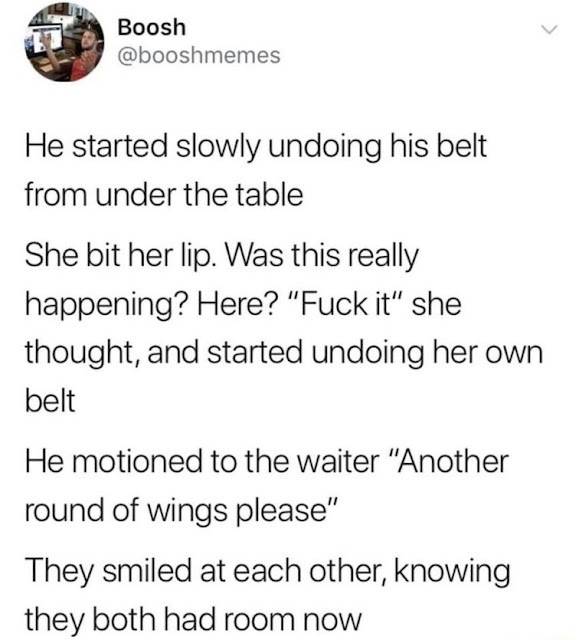 A hearty welcome back to both Alan and al.  One of al’s comments was the source of inspiration for this week’s post.  He discussed an incident in which his wife took her mom shopping but came back to take care of some business:

“Before she left I had done something to earn a spanking but the kids were still there, so she told me that would be back later after they left to take care of that. Well, a couple of hours later, I saw her car pull up, and her Mom in the car with her. I watched as she got out of the car, leaving the car running and her Mom in the car. She walked in the front door, ordered me to the bedroom and paddled me as her Mom waited in the car. My wife usually spanks briskly so she delivered the usual hundred in short order, and left me sniffling on the bed as she rejoined her Mom and left again. Later, she told me that she had told her Mom she had to stop by to go over a few things with me before I left for the afternoon - and that she would only be a couple of minutes.

Even though Mom apparently never left the car, I think I would have found it terrifying to get spanked knowing that my wife’s mother, or mine, was sitting in the car outside and could come wandering in at any time. 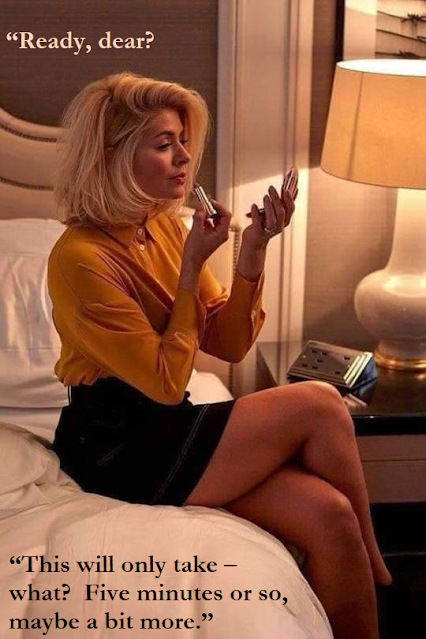 We’ve covered this topic several times before, but al’s comment put me in the mood to hit it again.

I go back and forth about the ideal role of anticipation.  On one hand, I do believe that immediate consequences are best when it comes to modifying behavior.

Yet, I also believe there is value in giving us time to think about what we’ve done and really mull over the upcoming consequence.

I’m struck by the way the two time periods in al’s comment are somewhat similar to those in one of my favorite stories on the DWC website, Even More, which I understand al. wrote.  In that story, a husband rants to his wife on the phone about something, she gets fed up and tells him he is going to get spanked when she gets home from work that day.  Later that afternoon, she calls to tell him she is on the way and he needs to be ready for his spanking when she gets home.

For me, those two pronouncements reflect just the right amount of anticipation.  She orders a spanking that will happen that same day, reinforces it with a call shortly before it is to take place, and in between the two announcements are several hours for him to worry about what is going to happen to his behind when she arrives home.

The trade-off with anticipation is, of course, the immediacy of correcting something right after it happens. Yet, even then there is a short and probably intense period of anticipation, which I assume al. experienced when his wife pulled into the driveway unexpectedly and announced he was going to get it. 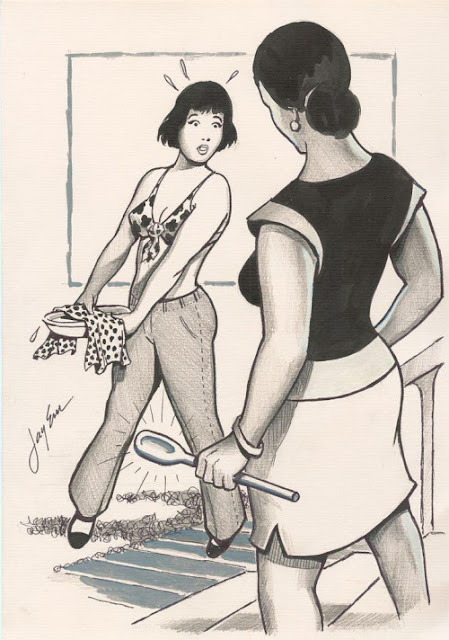 The anticipation of school spankings was also brief but intense.  While it wasn’t long, there was usually some substantial number of minutes between sentence and execution; plenty of time to worry about what was to come. 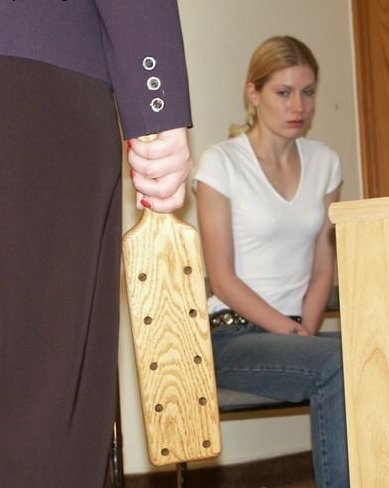 While I can think of dozens of instances of feeling butterflies in my stomach about an anticipated spanking, one that always comes to mind is when, early on in our DD experimentation, my wife ordered me to drive home for a spanking.  I swear, that was the longest 20-minute drive of my entire life.  I think I would have a similar reaction if she were to text or call to say she would be home in a few minutes to deliver a promised spanking. I can’t think of an example of that actually happening, and I think I would remember it.  Though, I’m prone to more “senior moments” these days, so perhaps it did happen once or twice that I don’t recall. 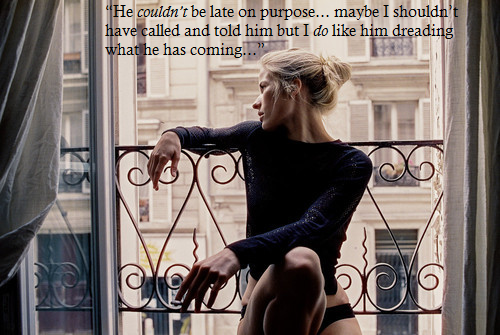 There also are a couple of forms of anticipation that do not work for me but might for others.  First, if a spanking is ordered but doesn’t happen for several days, by the time it actually does occur, it has lost most of its emotional force.  Accountability and penance are big parts of the driver of my need for discipline, and after a few days the connection between the crime and the punishment has weakened to the point that it loses most of its emotional and corrective force. 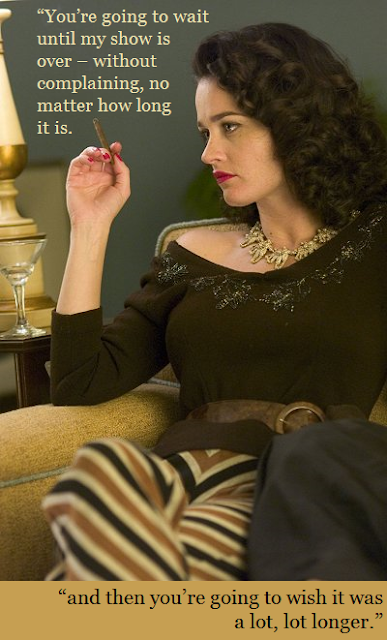 Second, there have been a few times when she has sent me up to the room to await a spanking then she’s taken a very long time to come up and take care of it.  For some reason, that form of anticipation has no positive impact.  Kind of the reverse. I get annoyed, which is basically the opposite of being humbled into submission. Somewhat similarly, corner time does nothing for me, before or after a spanking.  I’ve meditated for many years, and as soon as I go into the corner, my mind slips right into a meditative state and I feel more or less nothing. 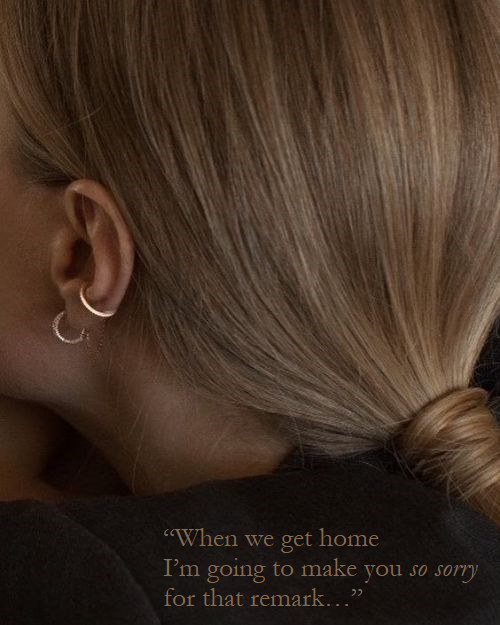 What is the ideal amount of anticipation for you? Does something like al’s example or the Even More story, in which there is a few hours of steady anticipation then a shorter period in which you’ve been told it is about to happen, change the emotional impact?

One thing I’m not sure we’ve ever really discussed is the effect of anticipation on the wives.  How long is their ideal?  If they were irritated or angered by the offense that earned the spanking, does that diminish or build as the duration of the anticipation increases? 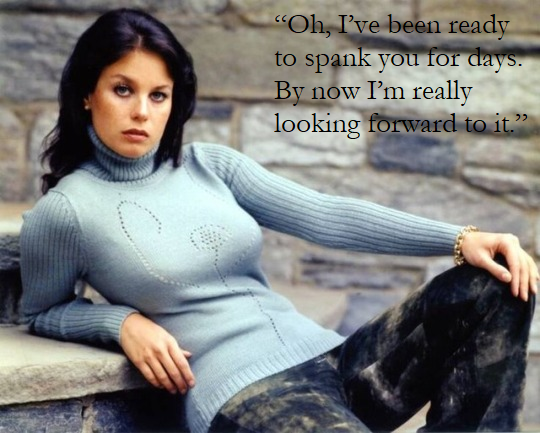 It would be great if people share their own best example of anticipation, whether when it really worked to amplify the experience, or when it didn't. How long did it last?  What did it do to you mentally and emotionally?  What state did it put you in?  Scared? Exited?  Contrite?  Annoyed? Do you have any particularly strong memories of anticipating a particular punishment?

I would also love to hear from the Disciplinary Wives on this one. What state does anticipating giving a spanking put you in?  Powerful?  Annoyed?  Turned on? All of the above?