“Karma is a tricky thing. To serve karma, one must repay good karma to others. To serve Karma well, one must sometimes deliver bad karma where it is due.” ― R. Mathias

Hello all. Welcome back to The Disciplinary Couple’s Club.  Our (more or less, though recently not really) weekly on-line gathering of men and women who are in, or would like to be in, a Domestic Discipline relationship.  I hope you all had a great week.

Well, it was another pretty quiet week here at the Club. It got me curious about the overall state of readership.  I hadn’t looked at the blog’s stats in a while but suspected the viewership had gone down.  Sure enough, it has, by even more than I suspected. 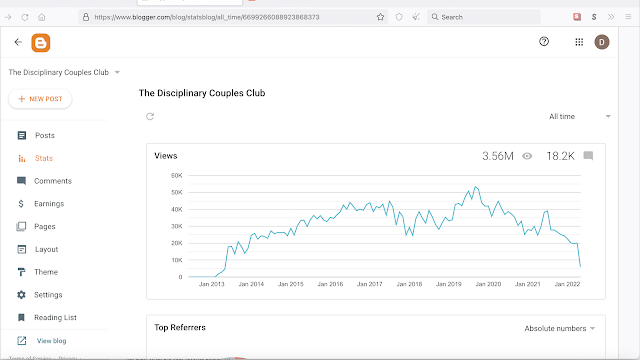 While the drop was bigger than expected, I can’t say I’m entirely surprised at the trend.  I don’t think it’s accidental that the drop started near the end of 2019 and really picked up steam in the first half of 2020, right around the time of the presidential election and its aftermath. I was incensed about the state of the country and definitely let that be known.  I’m guessing that I lost more than a few red state viewers, and a few conservative commenters, as a result. 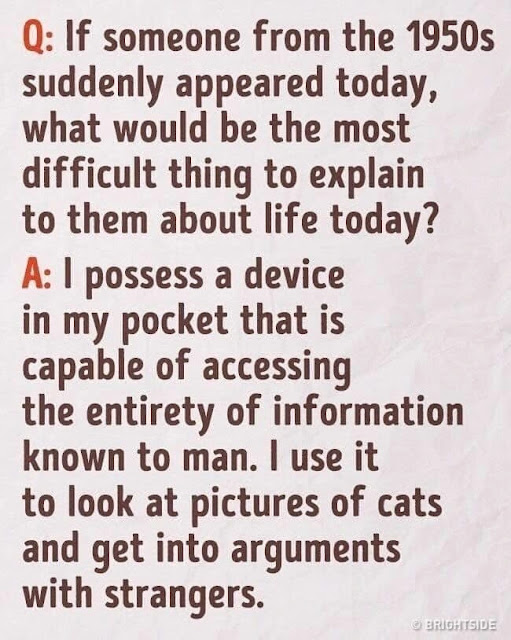 The trend also reflects the extent to which blogs with this kind of theme are kind of an ecosystem, driving traffic to each other.  I used to get a lot of traffic from the Strict Julie Spanks blog, but she dropped me from her blogroll in retaliation for me dropping hers when she started posting anti-vaccine stuff.  Red’s Consensual Spanking blog was also a big referrer of traffic to this blog, but his original was taken down and then he decided a couple of months ago to close down its successor.  KD’s blog ran afoul of Google’s censors and was taken down.  Given those changes in the referral base, it’s not too surprising that traffic is down.  Some of it also is probably attributable to my more lackadaisical approach to posting over the last few months.  The situation is what it is, though I do hope that people who are interested in This Thing We Do and stop by will consider commenting more.  While I love chatting with the regulars, it’s good to get some new viewpoints every once in a while.

This week’s post probably won’t do much to reverse the readership trend, as I don’t have much of a topic in mind. There has been zero spanking action in our household, though that could change over the weekend.  We were traveling a bit, and it seemed like one or both of us were sick through much of April. The unspanked state of my bottom definitely isn’t the result of exceptionally good behavior on my part.  As I talked about last week, I feel like things have been slipping after several months of real improvement.

I do feel like I turned a corner a couple of weeks ago in a few areas.  I seemed to find my old exercise intensity again.  My diet improved a little.  I did some volunteering, which I kept saying I would do more of this year but somehow never quite got around to.  I started making progress on developing a writing habit beyond this blog.

But, other problem areas have been going in the wrong direction. Some of them are things that Anne doesn’t seem particularly concerned about and don’t necessarily impact her, so I don’t think she will order a spanking for them.

Yet, I know I need one.  I’ve been thinking all day that I need to “man up” and ask her to do it.  We’ll see whether I still feel that way as we get closer to bedtime, which is the time at which it typically happens. 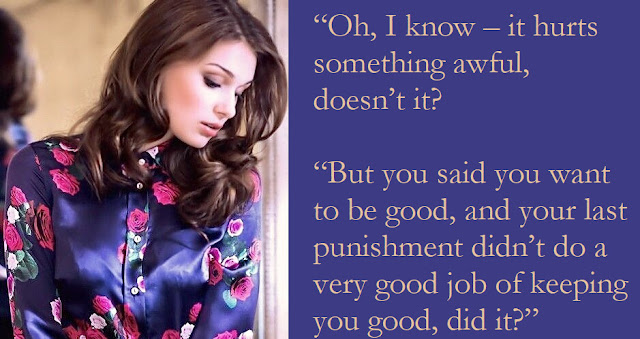 What else to talk about?  I think I may have spotted a fellow disciplined husband, or maybe just a guy with a taste for hard spankings, in the gym this week.  I walked by a guy who was discarding his wet towel and was close enough to get a good luck at his butt.  I could easily be mistaken, but I thought I saw the distinctive marks from a cane or switch.  Not fresh ones; faded, like from older pretty severe sessions.  It was subtle, but those kind of marks are pretty distinctive, right? 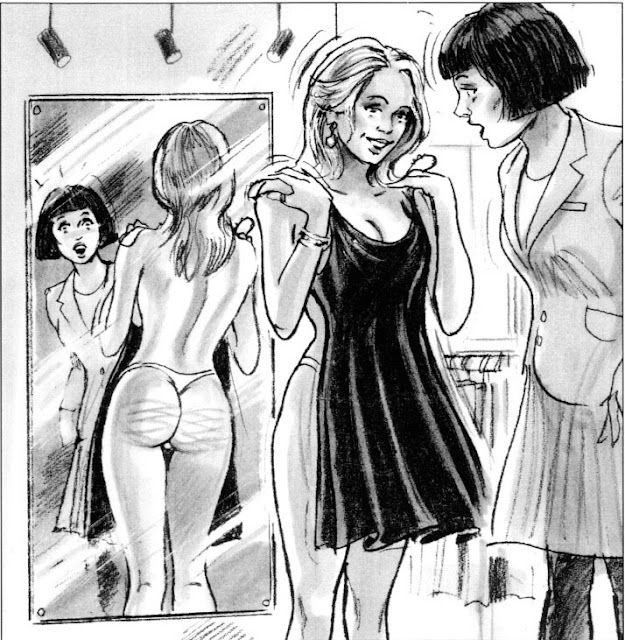 I also have a feeling that at least one other person now knows about me being spanked.  I’ve related here before that long ago, I told one of my close friends about that Anne spanks me for real discipline. She’s been married twice during the time we’ve been friends, and I always kind of assumed that she told one or both husbands.  I had never outright asked her, however.  A few months ago over drinks, I asked whether her current husband knows. Surprisingly, she told me that he didn’t.  I told her that it wasn’t a big deal to me if she were to tell him.  I wasn’t encouraging her to do it.  It was more like I didn’t want to impose a secret on her with her spouse and wanted her to know that I’d understand and wouldn’t be upset with her if she were to tell him at some point.

Well, I have a feeling that after that conversation she may have told him.  I haven’t asked yet, but we had dinner with them a few nights ago, and I felt like my friend was being more open with things like allusions to a woman we know wearing the pants and other references to female power, and I felt like her husband was watching for my reaction.  I think there was even one veiled reference to spanking though, honestly, it turned into a very long dinner and we all had several drinks; the details are little hazy.

The prospect that another man may know doesn’t bother me as much as I used to think it would.  Her husband is a very friendly, good-spirited guy.  I don’t get the impression that he is particularly kinky himself, but I also don’t think he’s the type that would be judgmental of kink in others.  In fact, I think it is highly unlikely that my friend would have gotten involved with him if he wasn’t a pretty open-minded guy.

The situation was on my mind when I read one of ZM’s recent comments about humbling.  He said, "Now if I were to have a spanking witnessed and if I were to be around the witness immediately after, I think the post-spanking time might be quite a bit more humbling, knowing that the person just watched that happen to me." 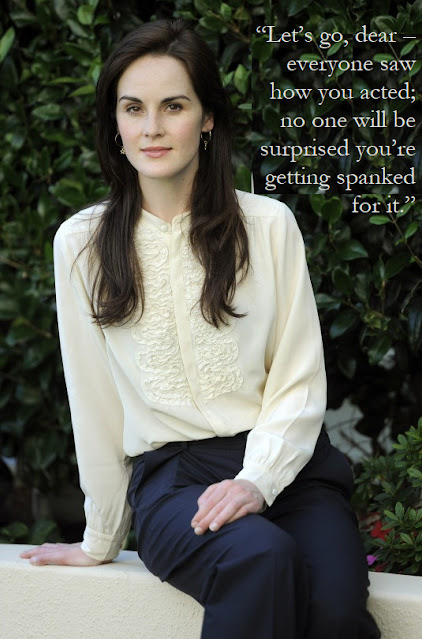 I assume I would be too, and I’m very sure I would be extremely self-conscious.  I think that would be magnified if it was a man.  It strikes me that our many, many discussions about witnesses here indicates that witnessed spankings hold some real fascination for many of us. But, isn’t it almost always in the context of female witnesses?  While we seem to be fascinated, even if morbidly so, by the possibility of a woman seeing us spanked, it’s almost the opposite with men.  It's downright taboo, and I don't think it's the kind of taboo that many are fascinated by, morbidly or  not.

I was thinking about it while trolling through my spanking art collection for pieces to use with this post.  While I have a few (very few) examples with men witnessing spankings, it is almost always in one of two contexts: (a) two men being spanked together; or (b) a husband being spanked by a man her husband is involved with, i.e. cuckolding scenarios.  In both contexts, the other male is a participant, not a witness.  And, as I said, even those examples are a trivially small proportion of my “witnesses” art collection.

I’m not sure why female witnesses seem to hold such an attraction for us, even if the attraction is a kind of morbid one, while male witnesses seems to be a full-scale taboo. I'm also not sure why a spanking witnessed by a male seems especially mortifying, yet I don't care that much that a good friend's husband may know all about me being spanked.

As I said, I don’t have any concise topic in mind for this week, so feel free to comment on anything that strikes your interest.