“Being powerful is like being a lady. If you have to tell people you are, you aren't.”
― Margaret Thatcher

Hello all.  Welcome back to the Disciplinary Couples Club.  Our weekly gathering of men and women who are in, or would like to be in, Domestic Discipline relationships.  I hope you had a good week.  Ours was rough.  Not on the personal behavior front.  While hardly a perfect week, I did do better than in recent weeks, and I obeyed a direct command even on something I could have done that might have gone undetected.  So, again, while not perfect, I did make some progress in getting my act together. But, a rough week nonetheless.  We’ve had some losses among our extended “family,” and had another this week.  I know that is cryptic, but I’m not quite ready to reveal personal details that could allow someone to figure out who I am.  Now, that sort of assumes that someone who knows me in “real life” reads this blog, but you never know. . . . 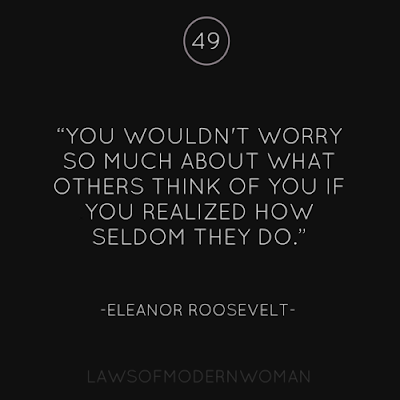 That note about anonymity and secrecy leads us to this week’s topic. Last week, Danielle observed, "I’ve been inching closer and closer to some such public display of my authority over my husband. But that would probably be too embarrassing for him in real life. Also, there would be an ethical problem of involving other people in your kink, right?" We also had a couple of side discussions about openly displaying utensils and beauty items in ways that might suggest their dual purpose as disciplinary devices.

What level of display of authority are you comfortable with?  Some take great pains to make sure no one knows about their DD or FLR activities.  Others are open.  Some don’t openly reveal the nature of their relationship but take risks that someone could figure it out.  Where do you fall on that spectrum, and what form do your displays of authority take?

We are one of those “in the middle” couples.  Her public displays of authority are fairly understated, most of the time.  She almost always pays the bill when we go to restaurants.  I clear her plate after dinner at home, which does not go unnoticed by our now older kids.  In public, she has occasionally given me something that sounds like an order, such as telling me to go to the bar and have her drink refilled.  At an office Christmas party a few years ago, I came to suspect one of my younger female colleagues and her husband might be in an FLR, as I observed her repeatedly direct him, politely but authoritatively, to go to the bar and get her another drink.  Finally, as I’ve noted before, I also wear a pendent that those in BDSM relationships might identify as the sign of a submissive male.  It doesn’t quite fit our situation, but it is the closest established symbol to our dynamic. 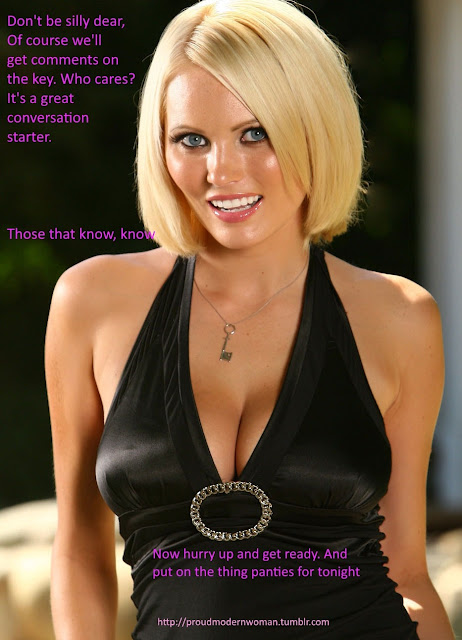 Within the family, on occasion she has inched forward to more prominent displays of authority.  As I said, we have established a ritual in which I take her plate away after dinner, or she leaves the table and leaves it there for me to clean up.  And, the kids have definitely noticed it and commented about it to her.  They also definitely get something has changed in the last few years and that she makes more decisions. As far as I know, they don't know about the corporal punishment aspect of the relationship, though there is no way to know for sure.  Kids are more observant than we sometimes like to believe.  Moreover, I will not be surprised if, at some point, my wife tells one or more of the kids. And, on a couple of occasions she has made a cryptic or flippant reference to spanking me, in front of our extended family. One Christmas morning, we had extended family over and I made some semi-snotty comment in response to something she asked me to do. She replied, "Well, you can do it or I can just spank you." Some family members were definitely within earshot. If they overheard, I *think* they would have thought she was joking, but you never know. . . . On the other hand, as far as I know she has never openly revealed our FLR or DD relationship to anyone, and she's never done anything beyond dropping hints in public. 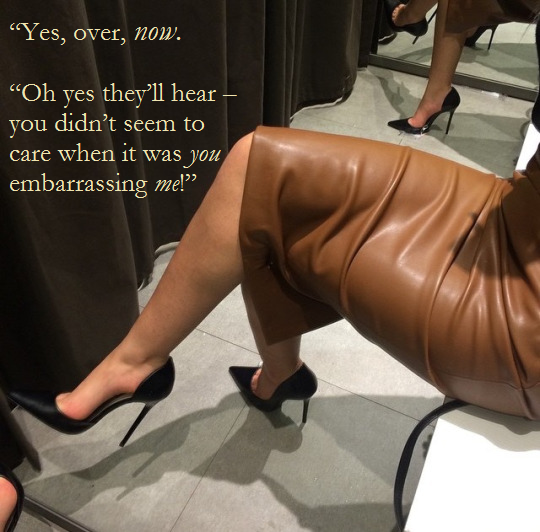 How about you?  For the wives, how comfortable are you in displaying your authority over him or hinting at your DD activities? Give us some examples of times you’ve done so.  If you are not open about it now, do you have any desire to be more so in the future?  For the men, has your wife let others know about her authority?  Does she do things in public that make her authority known or might let others figure it out?  Do you wish your wife was more, or less, open about whatever level of authority she has over you?

Have a great week.
Posted by Dan - A Disciplined Hubby at 8:48 AM