The Club - Meeting 286 - How Has Discipline Changed the Disciplinarian?

“Lead by example. Women often wait for permission instead of acting, and I try to encourage bold action.” - Belinda Johnson 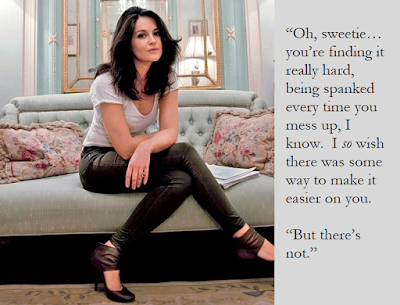 Mine was a marginal improvement on the week before.  Work is still pretty overwhelming, with too much work to keep up with.  But, unlike the week before when I felt like things were so overwhelming that failing to hit my own goals was really not my fault, this week as I got on top of things more and felt more in control, failing to hit the agreed-upon goals became something I am both responsible and accountable for.  Which is likely to be hard on my ass, literally, which leads me to update everyone on how things played out last week. 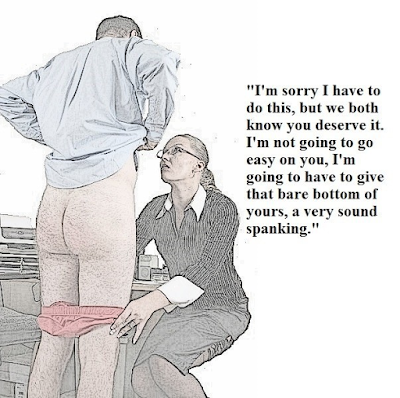 After reading that blog entry, Anne decided that she was going to let me off the hook, but with one big caveat – it was not blanket forgiveness but, rather, “double or nothing.”  Screw up this week, and it would be much worse.  I haven’t tallied up yet what exactly that means, but the net-net is that while my behavior was better than the week before, the spanking will probably be worse.Which, I'm not looking forward to, but I did ask her to play this "coaching" role. Her practicality and down to earth wisdom were on prominent display with this Solomon-like approach to giving me a break while keeping up the level of control and maintaining reasonable boundaries.

We had a good discussion last week.  Comments on these “origin” themes so often illustrate the diversity of paths that lead people to this lifestyle, and the reactions of the respective parties are fascinating.  In a majority of cases, it is the men who put the ball in motion.  But, then there are situations like Alan’s, in which the parties seem to be almost co-instigators.  And, while none popped up on this round, there have been a few female commenters who played the lead role in initiating the DD relationship.  There was, for example, this from “Holly,” whose father was spanked by her mather,  and she later “imposed” such a relationship on her not-so-unwilling husband:

“I knew it was real from the first spanking I administered because I knew men can be managed with a strap if a woman is determined. I had also suspected for a while my husband wanted this. Our dating relationship really became serious when he found out my father was punished. He never directly asked me to take control but I was certain he would accept it, and I was right since I received no resistance when I told him what was coming. Also, the way he stripped and presented his ass to me on command convinced me I was right.”

Holly, if you’re out there, would love to have you back as a commenter, along with Marisa and others who have dropped out along the way.

While Holly may be the exception to the rule, our wives’ reactions do run the gamut from downright enthusiastic, to perplexed but tenuously cooperative, to initially repulsed.  While the tales of men who were rejected initially do suggest that some caution is in order, I still think in the grand scheme of things the prevailing lesson here is “If you don’t ask, you don’t get.”

Some of you probably noted that Anne did not take me up on my “hint-hint” that she should chime in with her recollection of our origin story.  One explanation for that, and for her ongoing silence, is she just doesn’t seem very interested in participating (yet) as a commenter, though she has become a regular reader.  (On the first day this one was posted, she commented that Joe2’s initial rejection was “heartbreaking.”)  K.D. has said that his Rosa is much the same; despite a genuine and enthusiastic interest in participating in DD in the real world, she seems to have little or no interest in talking about it in the virtual one.  But, in this case Anne’s decision not to give her side of our story is more particular than a general lack of interest in participating.  Instead, surprisingly, she just doesn’t remember the whole conversation in which I initiated things.  She does remember the subsequent conversation in which she told me buy a hairbrush, and she does remember me bringing one home to her that night. But, she really doesn’t recall the preceding conversation in which I put the whole thing in motion.  Her summary of the poor state of her memory is interesting: “Well, I guess I must not have thought it was that weird if I don’t remember my reaction to you suggesting it.”

On to this week’s topic. It is, once again, a suggestion from Elizabeth, though I’ve had this one on my own list of potential topics for a while.  Elizabeth asked:

“How has the disciplinary wife changed since she began wielding the paddle? (This could be answered by either spouse or both).” She followed up with, “My point is that holding him accountable has improved my ability to hold myself accountable.” 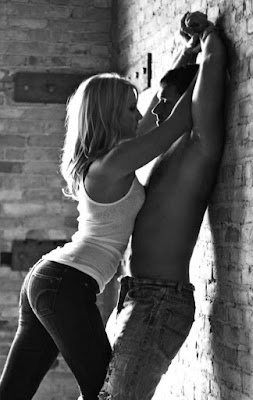 Let’s follow up on those, including both the broader and narrower versions of her question. First, and broadly, how have our Disciplinary Wives changed as a result of taking up the paddle?  Has she gained confidence?  Become more decisive?  Perhaps become more sexually dominant?  All of the above?

And, what about leading by example and being accountable as leader?  Has being the disciplinarian resulted in the wife stepping up her own game?  Does she walk her talk?  For example, if he gets paddled for being a slob, does she generally keep her own stuff organized and in place?  I’ve always said that being a good leader is hard work, and part of that is the challenge of leading by example.

So, tell us about how the Disciplinarian has changed in any respect as a result of the disciplinary relationship.
Posted by Dan - A Disciplined Hubby at 8:55 AM