"Immorality: the morality of those who are having a better time." - H. L. Mencken

Hello all. Welcome back to the Disciplinary Couples Club.  Our weekly gathering of men and women who are in, or would like to be in, Domestic Discipline or Female Led relationships.

I hope you had a good week.  Mine was pretty decent, right up until last night.  It sometimes seems like self-control is a finite resource, and once it is used up over the course of a few days, it's just gone and the pendulum swings dramatically in the other direction.  Very disappointing.  A line from the movie Tombstone keeps playing in my head.  "My dear, it appears we may need to re-define the nature of our association."  But, it's not easy re-defining oneself, is it?  As Oscar Wilde observed, "But, then one regrets the loss even of one's worst habits.  Perhaps one regrets them the most. They are such an essential part of one's personality."

This week's topic is, as  promised, an extension of a discussion kicked off by Alan.  In discussing the role sex plays--or does not play--in his disciplinary arrangement, he observed:

[E]arlier I did experience lovemaking immediately after spanking which I remember as a passionate and intimate experience. My wife feels strongly about this, believing that sex works against the disciplinary effects of a spanking and so I am unlikely to change her mind. But it would be interesting in this community to know how much or little lovemaking is allowed by our wives and girlfriends. From reading I have the impression my situation is pretty common and Helen’s rare, but could be wrong.

I honestly don't know which approach to sex after a spanking is common and which is rare. I definitely appreciate the view that discipline should be separated from sex, in order to make the discipline more effective and to make sure that discipline really is, well, discipline.

Many men who are attracted to this lifestyle seem to crave "authenticity."  They need it to be real.  Real discipline for real offenses. It's why there really is a danger of "be careful what you wish for; you might get it."  Some wives, like Alan's, decide that there really does need to be a clear separation between discipline and sex.  As I recall, Anna and Peter also fall into that camp.

Although I appreciate the logic of that position and intellectually it makes perfect sense to me, our practice is different.  We almost always do have sex after a disciplinary session, though we seem to be drifting a little in the opposite direction.  It hasn't been so much a conscious choice and, like so many other things in our life, our practice in this area may have been influenced by the presence or absence of children.   I suspect that we often had sex after discipline sessions not because the two were linked together in our minds, but because there were limited times when we were (a) both physically present; (b) not working or occupied with other things; and (c) kids were in bed or gone.  So, both sex and spanking happened on those rare occasions when the stars aligned on all three of those factors.  Now, with longer periods in which the kids are not around, she is free to "take care of business" when the need arises, and it isn't followed by sex as often.  And, like Alan, I do get very into my wife's power and authority after a spanking and feel a strong need to express that with real intimacy. 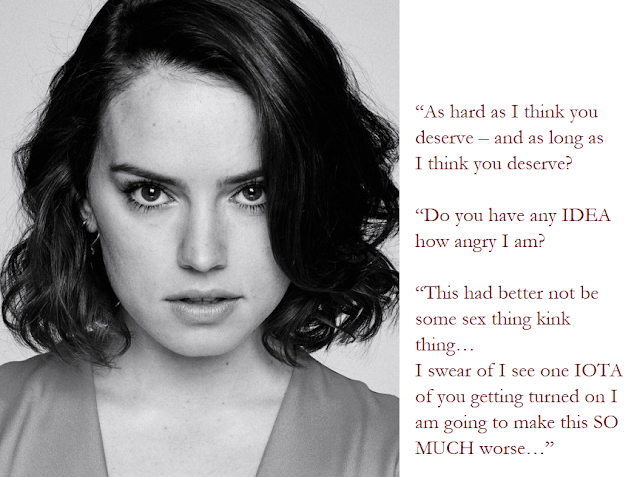 There also seemed to be a current in the comments last week of some women simply not being turned on after a spanking.  Quite the opposite.  His behavior has pissed her off, the spanking is serious business, so sex is simply not an option for her at that time. 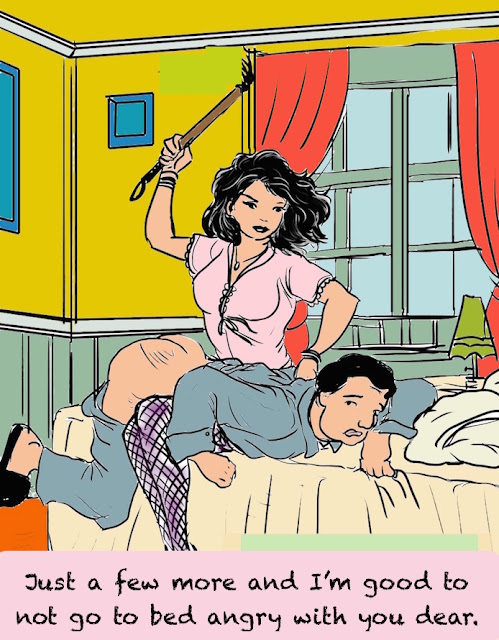 And, then there are those women who flat-out get aroused by the whole thing, whether by the actual act of punishing their husband in this undoubtedly intimate way or by exercising their own power.

Which approach to sex governs your relationship?