“When mothers talk about the depression of the empty nest, they’re not mourning the passing of all those wet towels on the floor, or the music that numbs your teeth, or even the bottle of capless shampoo dribbling down the shower drain. They’re upset because they’ve gone from supervisor of a child’s life to a spectator. It’s like being the vice president of the United States.” —Erma Bombeck

Hello all.  Welcome back to the Disciplinary Couples Club.  Our weekly gathering of men and women who are in, or interested in being in, a Domestic Discipline or Female Led marriage.  I hope you had a good week.

Thanks for the interim discussion about little acts or threats of "outing."  Isn't it interesting the extent to which so many of us are terrified of of actually being outed, yet we do things that might get us caught (wearing submissive pendants under our shirts, wearing panties or chastity devices to the gym, etc.). 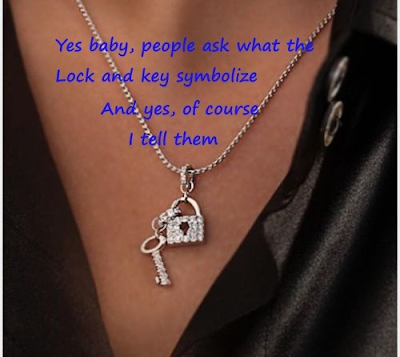 And, we get a thrill when our wives do or say something in public that hints (or more than hints) at this part of our relationship. 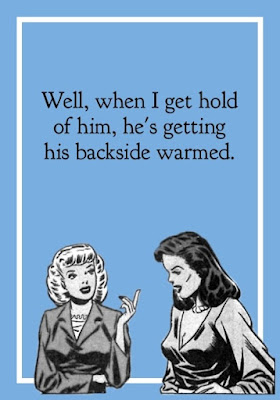 That desire to be more public and open is a nice segue into this week's discussion.  I've had a couple of grinder weeks, back to back.  Travel, travel, travel. I only had a couple of days at home between trips, and my wife was on a trip of her own those two days, meaning we didn't see each other for almost two full weeks, which is not typical for us.  The first of my two trips was also something I have been thinking of for some time as a transition point of sorts.  It was a large work gathering that we do from time to time, and one that tends to become more than a little bacchanalian.  This year was no exception, and I knew I was highly likely to come back far more exhausted than when I left, which I did. Then right back on the road for another short business trip.  But, unlike other travel-heavy periods of my career, I knew that this time I was coming back to my wife -- and only my wife.  For the first time in many years, we don't have kids around for several weeks, even during the summer vacation season.  A few years ago, I thought we were becoming empty-nesters and wrote about it a bit here on this blog.  But, what I failed to reckon with at that time is that empty-nester status is more a process than an actual event. Especially with the Millennial kids.  Their efforts at independence come in fits and starts, two steps forward, a step-and-a-half back.  That is still true in our case and will be for sometime to come, but this is the first time where we are going to have a big block of time in which we are together--by ourselves--as a couple.

Adding to the sense of momentousness, we have been discussing for some time that this really is going to be, or should be at any rate, a real turning point in the Domestic Discipline and Wife Led aspects of our relationship.  She wants to take over, I want her to do that, and now there is just the little matter of execution.  Of making a hard left turn into a very different style of dealing with each other and trying to make much more real something that has been more of a goal than a reality.  Not that the DD aspects of our relationship have not been real, but they have been confined and departmentalized, bounded on all sides by a life that revolved around kids and, frankly, keeping kids from discovering much about this aspect of how their parents relate to each other. 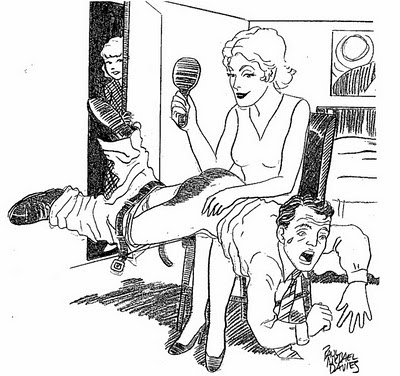 That is what is really changing -- her ability or at least willingness to really step into a 24/7 role as Head of Household has always been met with the roadblock of observant little eyes and ears.  Which wouldn't be a problem if, like a small number of people who visit here, we were "out" about this aspect of our relationship, or at least not actively hiding it even in the privacy of our own home. But, we always have been.  So, with no one but us and the pets around, it really is a brave new world.

But, in all honesty, today I am not feeling all that brave. 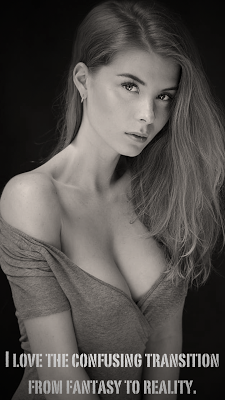 There is an introductory "warning" in the book The Hesitant Mistress that reads as follows (in slightly abridged form):

That line about saying no is a big, big deal for me.  According to one of our polls, about 50% of the men who visit this blog identify as naturally submissive.  I'm guessing many of them like being told no and are perfectly happy being subject to someone's authority.  That just isn't me.  I hate being told what to do.  It grates on every fiber of my being.  Yet, having real boundaries that I cross at my peril is something I missed out on growing up, and I know deep down inside that I need it today. Inherent in the concept of boundaries is being told no, and in a way that actually sticks and that feels like really being denied something. I'm also nervous, because I want something like what ZM has been doing with his wife helping him stay motivated on the career front, but that is were I have always had the most independence but yet also probably need the firmest hand to help me avoid being my own worst enemy.

There is also the issue of, how do we get this started?  Last night in bed we were talking confidently about how tomorrow would be the dawn of a new day, yet this morning we have been walking gingerly around the elephant in the room that is this transition that we both agree we want.  It's like two teenagers on a first date, both hoping the other will make the first move.  It's just awkward. But, I do think we are both motivated for it.  It's just getting past the initial nerves. I do believe my wife when she says she wants this.  I'm hopeful that not only will it bring out stronger, more dominant parts of her personality, but maybe being in charge of me will provide an outlet for her maternal instincts; just as she is transitioning from supervisor to spectator in her children's lives, she takes over as supervisor of mine.

Based on a poll I took a couple of years ago,  many of the couples who come to this blog are over the age of 50.  I assume some significant number of those were empty-nesters.  What effect did that change have on the DD or Wife Led aspects of your relationship?  Did it, in fact, lead to her stepping more firmly and confidently into the role?  If so, did that happen gradually, or was there a moment when it seemed to all come together?
Posted by Dan - A Disciplined Hubby at 10:47 AM