The rate at which a person can mature is directly proportional to the embarrassment he can tolerate. - Douglas Engelbart

How is your summer going?  Although I can’t say we’ve done a whole lot, our summer seems to be cruising by a little too quickly for comfort.  We took one vacation, but other than that our weeks seem pretty predictable and consistent.  We both made health and fitness a priority for the summer, though in my case it really wasn’t optional.  I had some rehabilitation work that needed to get done, and it does feel a little like rehabbing a dilapidated house that has seen its better days but in theory with a lot of work could be renovated successfully.  So, for both of us the summer has involved a lot of time at your neighborhood gym. The results have been encouraging, though I truly believe a short course in gym etiquette should be a condition of membership. 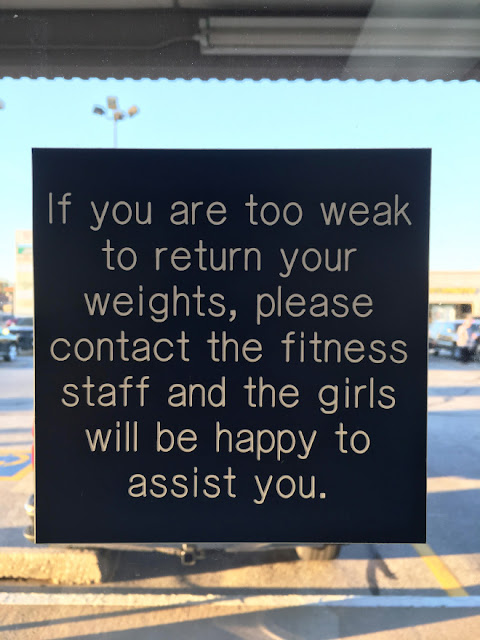 I’ve also spent a fair amount of time on my motorcycle.  Although I’ve spent a bit of time in venues where other riders congregate, sadly I haven’t seen any riders quite this dedicated to the brand: 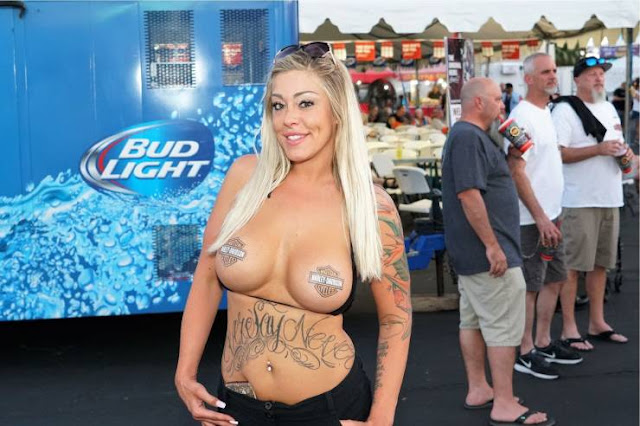 Maybe because I have been keeping busy with other summer projects, my blogging inspiration dry spell continues.  I don’t have a coherent, well-defined topic in mind for this week, so instead I’m just going to throw some thoughts out there and you can respond to anything that catches your interest.

We spent a couple of weeks here talking about age, maturity and discipline.  I did have one follow-up, partially in response to a question one of our commenters brought to me off-line.  In discussion whether a certain level of maturity/age is generally a prerequisite for taking up the paddle, Al had the following observation:

I once saw a quote somewhere that said that "kinky' women were subs in their 20's, switches in their 30's, and dominants in their 40's. And we actually had a "kinky" friend for whom this exact scenario played out. And it is interesting that the dominant phase correlates with our observations as to when most women tend to be willing to become disciplinary wives.

My follow-up question is, do men often go through a similar cycle from “bottom” to “switch” or “top”?  Based on the comments here, it doesn’t really seem so.  If anything, it seems to be the opposite – some men begin exploring DD or spanking kink as the spanker but later become “bottoms” exclusively.  Any thoughts on why that might be the case?  Why do many women who gain some maturity and kink experience migrate toward more dominant roles over time, while for men things seem to go in the opposite direction?  Any thoughts? 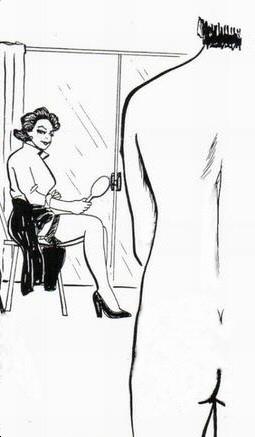 While our summer has been spent mainly on non-DD activities and there has not been a lot of spanking action, there has been some, including one incident that might spur some interest.  Anne decided I needed a spanking for a bit of bad behavior, but she had not specified a time for it to take place.  In the middle of the afternoon, she told me it was time and instructed me to bring her hairbrush. I did as she ordered and then went over to the window to lower the window shades in our bedroom, but she told me to leave them up!  She then told me to get undressed and to get over her knee, after she sat down on the ottoman in front of our bed.  I did so, and she proceeded to give me a vigorous OTK spanking.  Now, I really doubt anyone saw me getting undressed or getting spanked, but it is not completely outside the realms of possibility.  We live in a suburban environment, in a neighborhood with fairly small lots, and there is a house directly behind us.  While unlikely in the middle of the day, it certainly is possible that one of backyard neighbors could have been in his/her bedroom and looked through the trees to ours at just the right time.  I can’t recall any other time Anne has been quite so cavalier about someone finding out about our DD relationship, let alone risking someone actually seeing a spanking in progress. 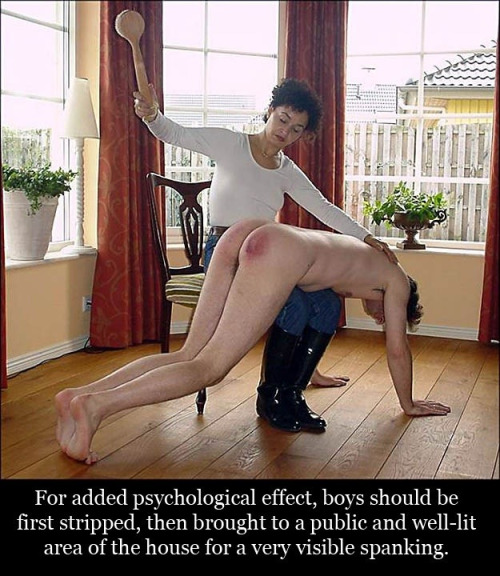 On a more abstract note, another thing I’ve spent a lot of time on this summer is training a Covid puppy who has been severely lacking in social skills.  It has taken a hell of a lot time and attention, and imposition of both coercive/corrective stimuli to prevent/punish bad behavior and rewards to encourage modeling good behaviors.  On several walks, it really has jumped out to me just how much successful dog training overlaps with principles we’ve talked about here for years, including:

·      Preventing the bad behavior before it happens is often more effective than punishing it after-the-fact.  With our dog, that involves getting his attention quickly as soon as I notice him starting to get riled up about other dogs or other things that he generally reacts to.  A sharp command or tap of his e-collar at the first signs of reactivity is WAY more effective than trying to bring him back into control after he’s already started freaking out.

·      While I sometimes feel bad about the consistent consequences that are required for him to really absorb the lessons and behave better consistently, in the end its better than what might have to happen if the trend of reactivity and aggression he was on had continued.  In short, in the moment consistent discipline is hard for both the disciplining and disciplined parties, but it’s worth it for both.

·      Imposing boundaries on my dog has actually made him less agitated and more relaxed on our walks.  He seems to get that he doesn’t have to take the lead and that life is easier for him when he doesn’t.

·      If you give the dog a command four times and he ignores you three times and then you finally do something about it on the fourth ignored command, without you essentially are training him to know he can ignore you three out of four times without suffering any consequences.

I’ve thought about dog training as a metaphor for husband training a lot over the last few weeks, including the value of consistency.  Maybe with that in mind, a week ago I let Anne know (in a journal entry), that in my view some of my recent behavioral backsliding really needed to be dealt with.  Now, it is very rare that I will come right out and ask that bad behavior be addressed.  In fact, in general I am pretty relieved when I get away with things that I know probably should have earned a spanking.  So, it was with more than a little trepidation that I suggested to her that something needed to be dealt with, and I assumed that I would be blogging this week about the topics of “asking for it” and “consistency.”  But, that isn’t how it turned out (so far, at least).  Perhaps more on that next time.

I’m not sure when “next time” may be.  I have a mini-adventure planned for next week, and it’s pretty likely that I will not get around to blogging next week.  In the meantime, I hope you are enjoying your summer.