Meeting 373 - Source of Change and the Necessity of Buy-In

“A disciplined person is one who follows the will of the one who gives the orders.” - Vince Lombardi

Ours was pretty uneventful.  We are kind of stuck between seasons, and every time I think it’s time to switch gears to focus on springtime and getting prepared for summer, we get hit with another round of winter. 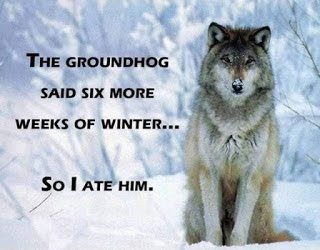 I feel kind of the same about the pandemic lockdown - stuck emotionally and energetically between one season and another. Our area of the country has pretty high vaccination rates and our infection rate is holding at a pretty manageable level. People are getting a little more adventurous, with more people going to restaurants, exploring the outdoors without as much timidity, and starting to go back to the office.  That all seems mostly good, though my inner-introvert isn’t quite ready to go back to “normal.” 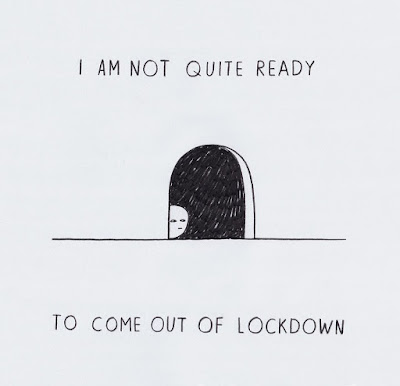 I suspect others are making more of the reopening than I am, based on the relatively small level of participation in last week’s topic. But, while there were not a large number of comments, it was a good discussion and gave me at least one idea for a follow-up.

We all seem to agree that Domestic Discipline is needed for some issues and not others, and that it seems to work better for some issues and not so well for others. It also is clear that our respective “goals” for Domestic Discipline come from different sources. In some cases, we men ask for help dealing with a particular issue. In other cases, our wives address those issues that they determine are the most important or that have the most impact on them. 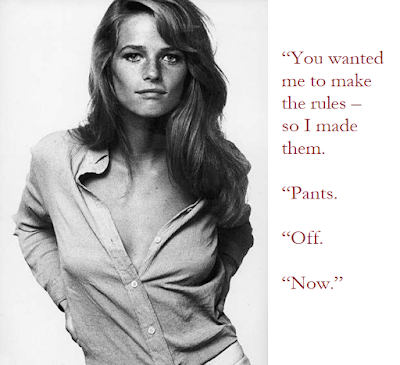 Sometimes, there is “buy-in” upfront, and sometimes it develops over time.  The range of sources of the goals and degree of “buy-in” is demonstrated by these quotes from last week, plus one from a couple of weeks ago:

ZM: We compiled a list of things that need improvement in order for us to have a structured, organized life, without all the chaos that was so much a part of my life until recently.

Belle: Jimmy hasn't asked me to use DD to enforce any self-improvent goals and I kind of doubt he will. It has all been my goals for him, things he really doesn't want to do but is ok when I "make" him with the threat of the paddle. It is interesting for me to hear you guys talk about DD help to lose weight and other goals you have set for yourself. Jimmy really has no problem with self-discipline in those areas. It's the things I want him to change where he needs external accountability. Fascinating.

Alan: But “the things I want him to change” really nails the dynamic for me. I really love it when a woman in an intimate relationship (that part of it is important) sets her goals and expectations backed up by real consequences.

ZM (from a couple of weeks ago): "And Alan, I agree that buy-in tied to accountability is what brings real change. Though as I mentioned a few weeks ago, sometimes my wife is able to use the strong communication offered by spanking to get through to me and to ultimately cause buy-in. I may or may not agree with her when she decides to spank me, but inevitably my perspective swings around during punishment and by the end, I agree that she was in the right. So, buy-in is needed, but she can also help to cause that buy-in, since we always agree on the underlying principles." 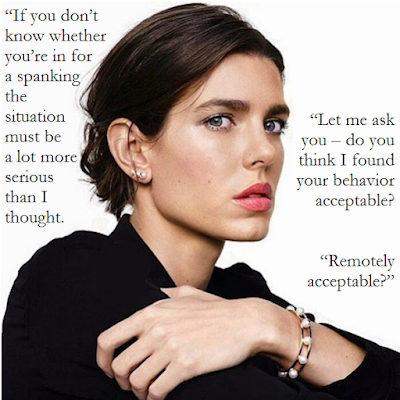 Alan’s comments from this week and a couple of weeks ago seem to indicate a somewhat contradictory dichotomy between what works best and what most turns us on.  On the one hand, positive change is most likely when both parties buy in to changing the behavior.  On the other hand, a lot of the erotic power of DD seems to extend from the woman “setting her goals and expectations backed up by real consequences.”  ZM’s comment also shows that buy-in isn’t necessarily binary. Sometimes, she wants to effect some change and, while he may not agree in the  moment when she orders it, at some point he comes around. 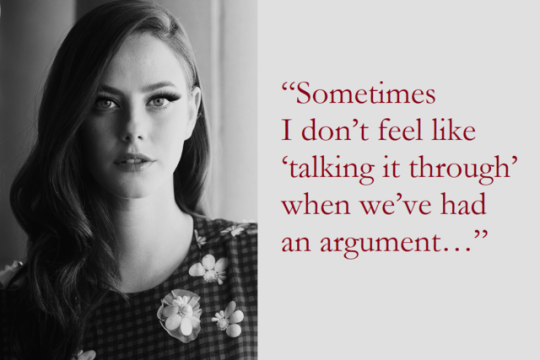 My question following up on all this is, when you look back at those behaviors that you have tried to use DD to establish or to root out, do you see any patterns regarding who was focused on that particular issue and the degree of buy-in involved?  Did he tend to respond best when the issue was most important to her?  To him? To both?  Did the degree of up-front buy-in really matter with respect to whether the behavior actually changed?  Have there been any instances in which an issue was important to her but not necessarily to him, but that her determination was such that the change was effected despite his lack of contemporaneous buy-in?