Sorry for the late posting.  I had a few other things going on today.  Typical summer Saturday.

Thanks for carrying on without me.  I did check in to see what was going on from time to time, but I was consciously trying to check out a bit.  I succeeded to some extent, though I ended up getting sick a few days into it.  I guess the upside is, I’ve been hoping to lose 10 or 15 pounds – just didn’t anticipate it happening quite so abruptly and violently.  I know -- Too Much Information, right?

I can’t say I came back super inspired with new topics.  But, it was nice of some of you to help me out with some ideas based on comments from a week ago.  During our discussion of rituals, Danielle and Alan had an exchange about scolding and its place in an FLR and DD relationship.  Based on some past polls, despite—or perhaps because of—its humbling aspects, many men seem to crave a firm “talking to.”  Here are the results of one we ran a couple of years ago:

While “more openly dominant,” came close, “more verbally strict” was the only answer that was 100% unanimous.  So, apparently many of us fantasize about their wives “using their words” to put us in our place.  Danielle talked about it thusly:

“Spankings are always preceded by a scolding. I’ve become adept at scolding and I like doing it. In pre-FLR days, Wayne and I used to have some pretty intense arguments about things like the division of housework. Now that we have a FLR I find it wonderfully empowering to be able to tear a strip off my husband in a one-sided way because I remember how he used to argue with me. I think it is as humbling for him as it is empowering for me. Sometimes a chastisement will begin and end with a good scolding.” 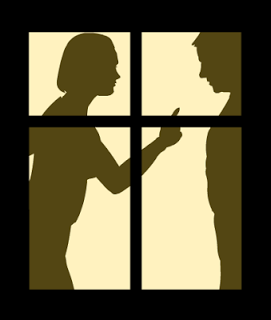 “In our house a serious scolding usually is a segue to spanking but sometimes I am smart enough to back down early enough I get warnings, her favorite being “you’re close”. Discipline is a delicate dance and I unconsciously gauge how far I can go. That leash has gotten shorter and shorter over the years. But at the same time I think her warnings have become more and more effective because I know the point of no return is close. It’s part of the paradox every spankee confronts -loving to fantasize a spanking will be administered but hating the actual spanking itself.” 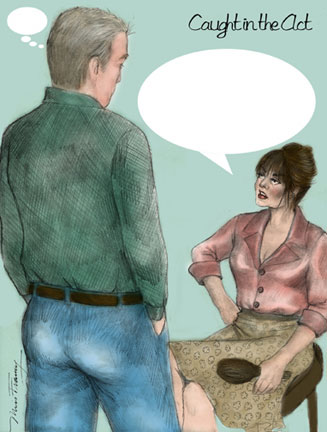 As Danielle and Alan point out, scolding can be a prelude to discipline, an independent form of discipline, or something that helps reinforce her authority and control.  I suppose it also could be used after a spanking to reinforce the message. 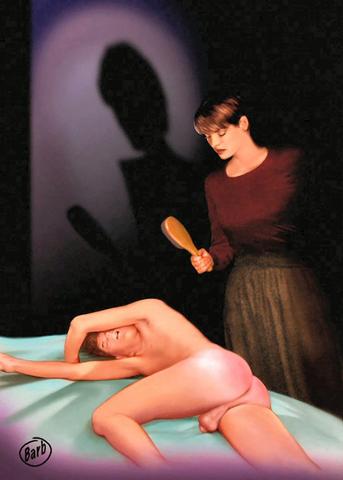 So, scolding it this week’s topic.  What role, if any, does it play in your DD or FLR relationship?  Are you one of those men who crave it?  Are those needs satisfied?  And, importantly, what impact does her scolding have on you?

Tell us all how that works, with as much detail as possible since I think we all—husbands and wives—benefit from concrete examples. For the wives, are you comfortable scolding, lecturing, and verbally chastising your man?  If so, was it always that way?  If not, how did you get comfortable with it?  How does he react to it?

To kick it off, I am one of those men who want—or think I want—verbal strictness and scolding.  This is one area in which my desire for authority with a “maternal” vibe really comes shining through.  I would like her to explore being much more verbally strict – telling me what to do, chastising me with some real force and fury when I screw up, etc.  Our reality is a little different.  Most of the scolding that happens is, in fact, a prelude to spankings, and she doesn’t tend to “rip me a new one” outside that context.

I’m sure some women worry about being seen as “bitchy” if they are verbally strong, but I think for men wired like many of us here, it works the opposite.  Weak verbalizing comes off as “nagging,” while a strong and confident woman saying what she expects and enforcing her rules with her voice as much as with her paddle is incredibly sexy and alluring.

So, tell us about your experiences and views on scolding and verbal strictness.

I hope you have a great week.
Posted by Dan - A Disciplined Hubby at 4:03 PM