Hello all. Welcome back to the Disciplinary Couples Club.  Our weekly gathering of men and women who are in, or would like to be in, Domestic Discipline relationships.  I hope you had a good week.

Mine was exhausting on all sorts of levels.  Travel, churn and change at work, and fighting off some nasty bug.  That relaxing vacation over the holidays already seems a distant memory.  It was also an exhausting week from the perspective of my seemingly unbreakable interest in politics.  First, there was all the shutdown drama.  I really thought that I might find a cartoon this morning of Nancy Pelosi spanking Donald Trump, but no luck.  And, regardless of the party at fault, the phenomenon of political amnesia in Washington is fascinating.  Shutdowns always blow up on the party that instigates them.  Every single one of them has failed.  And, they should.  Rewarding hostage takers just is not a wise strategy in the long run.  Yet, somehow those pulling the strings convince themselves that "this time" will be the exception.

On the other side of the political spectrum (and to show I really am an equal opportunity hypocrisy hater) was the viral explosion around the Covington high school boys’ trip to Washington.  I began last weekend wanting to kill the kid in the video, then when I saw the much longer clip, it was crystal clear that the initial reporting was not just wrong; it was utterly and completely false and manipulated.  Worse, as the week went on and it became more and more clear that the initial clip was utterly misleading, the more leftist reporters and news organizations began to, in essence, insist that everyone should take the narrative of one of the participants as gospel just because he said it, even though it was utterly contradicted by what the video actually showed.  "Believe him, not your own eyes and ears."  It was truly something straight out of Orwell’s 1984.  I never thought I would find myself uttering the phrase “fake news,” but this week was a huge black eye for the media in this country.  But, before the right wingers get all fired up and self-righteous,  the “failing New York Times” was actually one of the first to start openly questioning the initial video and laying out a more balanced picture, and some of the network news organizations quickly started questioning the initial narrative.  It was eventually reported that the misleading initial clip came from a fake Twitter account that was fairly quickly suspended.  But, this all really does leave me thinking I need to install one of those apps that allows me only a few minutes of internet surfing a day then blocks my access to certain venues, like pretty much all US news outlets. 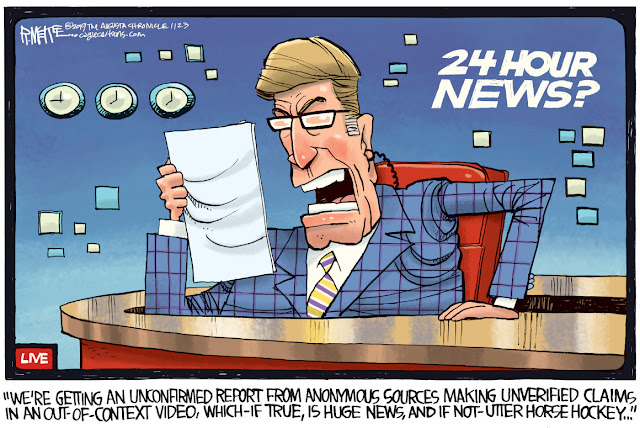 Well, now that I’ve gotten that little rant out of my system, let’s turn to this week’s topic.  Elizabeth suggested it, and it is the following:

What specific behaviors have you been spanked for where it worked and you changed the behavior?

What specific behaviors have you been spanked for where you have yet to change the behavior?

And what is your explanation for why spanking has worked for some and not others?

I’ll go first.  I would never claim that DD has been remotely close to a cure-all for my behavioral “issues.”  I think there also is a subtle distinction to be made in Elizabeth’s first question between when it has “worked” and when it has “changed” the behavior.  I think in many cases it may not have changed the behavior, but it still “worked” from my wife’s perspective because it gave her a very concrete way of expressing her dissatisfaction with the behavior. 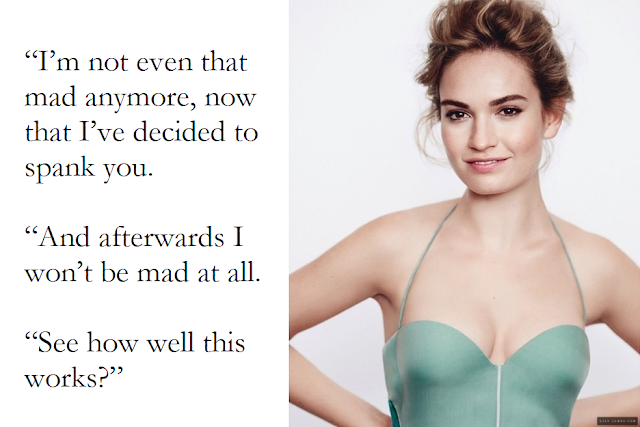 Where I think it has been more effective is on things that are rooted in simply failing to pay attention and failing to follow through. I have related before that one turning point in our DD relationship was when she spanked me good and hard for failing to clean a rice cooker after dinner, after I had failed repeatedly to do that.  It was a turning point because it was one of the first times she addressed something that was just plain sloppiness on my part.  There have been a time or two since that I forgot to do it, but I always caught myself and corrected it before she saw it. 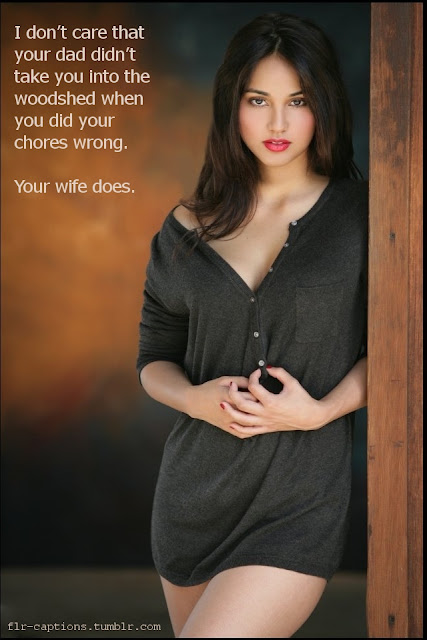 I think it also has had some impact on my temper, or at least my expression of it.  There have been a few times that I got very irritated with one of the kids over something and said something that was overly curt.  She has, rightly so, taken me to task for that.  I think doing so has both cut down on the number of times it has happened and also made me more open to quickly seeing the error of my ways and apologizing without digging  stubbornly into my position.  And, while I think I am probably just as prone to be disrespectful at times, I do think that the threat of a session has give her an ability to cut it off much more quickly.

Where I don’t think it has worked as well is deeply ingrained habits, especially those that have some biological or chemical basis, and hard-wired personality traits. We can set rules on drinking limits over and over, but the plain fact is it has been part of my social life since high school, it is an overwhelmingly prevalent social tool in my profession, and my body and mind seem to be wired such that the second I have a single drink, I simply forget that we did, in fact, set a limit.  And, I truly mean “forget” in the literal sense.  After the first drink is the delivered and the conversation starts, the threat of a spanking or other punishment simply does not enter my mind.  But, there is a small caveat here: on the few times that she has tried giving a "prophylactic" or "reminder" spanking, i.e. a spanking that comes immediately before a party or event where I might be tempted to over-indulge, that did seem to stay with me and remind of what I could expect if I got out of line.

Somewhere in the middle are things like work-related behaviors and, to some extent, the respect thing.  I think on the latter in particular, Anne just needs to take a much stricter approach when I roll my eyes, don't pay attention when she is talking to me, or otherwise fail to give her the respect she deserves.  It's clearly an issue for her, but also one I think she could fix with a little more diligence and consistent severity.

I think it is hard for most wives to be diligent about things that don’t have a direct, personal impact on them, like their husband’s self-improvement goals (weight, exercise, etc.) and things that happen at work.  And, there are things they may care about, but not enough to get and stay really diligent and unforgiving about applying DD to the situation. But there are wives who are exceptions in that regard. 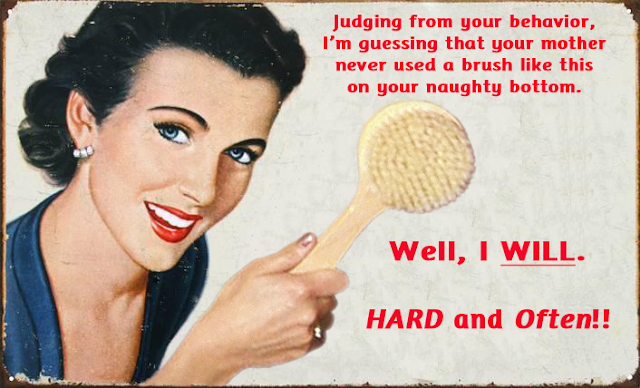 It is in that context that I found one of ZM’s comments from last week really interesting.  His wife has been imposing a “boot camp” of sorts, in which he is held to stricter standards where his performance in various areas is concerned.  He missed a couple of goals because the week turned out to be unusually busy, and had those goals not slipped, he might have missed others. But, she stayed resolute.  As he described it in his comment:

“However, she has said that even though it might seem a little unfair, and even though she recognizes that the week was busier than planned, it would have still been possible to complete the tasks. She said that she thinks it is better to aim for consistency and since she said that not completing the tasks will result in punishment, then she wants to ensure it happens that way. I really love her newfound resolve; this is exactly the firmness I have been wanting/needing all my life.”

Those kinds of experiences are why I insist a “real” DD relationship has to involve work by both parties and why I am so dismissive of the “if you don’t obey all the rules then it’s just a game” comments.  DD is not going to work in every situation.  It just won’t.  But, it is more likely to work when there is real surrender on the recipient’s part and real diligence and consistency on the part of the disciplinarian.

I hope you have a great week.
Posted by Dan - A Disciplined Hubby at 9:35 AM