Hi all.  Welcome back to The Forum - Disciplined Husbands & Disciplinary Wives.  I hope you all had a great Thanksgiving.  I was hoping to come back from our break and vacation a little better rested and rejuvenated.  I also hoped to use the break to get back on track with some of the goals I set for myself at the beginning of the year and on which I've made little or no progress thanks to not doing much other than work.  I thought I accomplished all that and was hoping to get back and hit the gym with more vigor, hit my job with more enthusiasm, and get my butt hit by my wife harder and more frequently if I didn't do those things, then we both got pummeled with some nasty bug. Seems to be shaping up to be another bad cold and flu season, but I guess I can be thankful for getting mine out of the way relatively early.

So, it's certainly been an interesting few weeks.  Regardless of how you personally feel about the U.S. election, we are where we are.  Based on our poll results, it may be that a majority of our readers are happier than others.  The results were:


But, people did not exactly vote the party-line this time.  Instead, here are how folks actually voted:


Now, one observation on the actual vote tally is our readership is either more politically inclined than the general population, or they lie like a rug, because a hell of a lot more than 2% of the population didn't vote at all.

Regarding party affiliation, the results are not wildly different from those in a similar poll I ran a year ago, but it is interesting to me that once again, a year later and with greater participation in the poll (96 vs. 60), the readership for this blog again does not mirror the electorate as a whole.  According a Gallup poll taken in October of this year, 27% of respondents identified as Republican,  36% are Independents, and 32% identify as Democrats. Our readers, on the other hand, trend more heavily Republican, and Independents are wildly under-represented compared to their presence in the population at large.  Without getting into wild speculation about whether Republican men just like being spanked and dominated more than those with more Democratic and Independent leanings, I still suspect that a lot of this skewing of the political affiliation really reflects the skewing of the age demographic.  The last poll I did on that topic showed that this blog's readership skews heavily toward those over age 50, and Republicans are a larger portion of that age group, and older voters also are more likely to identify with one of the two major parties as opposed to Independent or unaffiliated.  Anyway, I'm sure many of you don't have the slightest interest in this, but as I have freely admitted, I am a bit of a political junkie.

On to other things.  In addition to this nasty illness I've picked up, I am suffering through a somewhat well-deserved hangover following our first holiday party of the season.  Particularly given that I was already feeling lousy, I planned to limit my alcohol consumption but, as usual, "best laid plans . . ." and all that.  I stayed at the party later than my wife, and got away with that only by pledging not to drink more, which I of course promptly broke.  It was not a "party like a rock star" kind of night, but still enough to leave me cranky and tired.  And, this comes after we had just agreed that she would amp up the severity and the number of spankings for this particular kind of infraction.  And, I knew that going into the party, and yet did it anyway.

Therefore, this week's topic relates to the above quote.  For those of us in DD relationships, there is a price to be paid for misbehavior.  But, the simple fact is that we often engage in that misbehavior because it is, well, fun.  We like doing something, and not doing it comes at a certain price in missed fun, etc.  So, are there things you like so much, or maybe habits that are just so hard to break, that you consciously decide to do it even though you know doing so will probably get you spanked, because part of you thinks the activity is "worth it" -- worth taking a good hard spanking?

Now, speaking for myself, that isn't really how it works.  The #1 thing I do that results in me draped over the bed or ottoman with her applying the paddle or strap to my naked bottom is over-indulging with alcohol.  Part of it is just habit.  I grew up in a community that drank a lot, my college experience was like something out of Animal House, and my profession is notoriously boozy.  But, the plain fact is I also just enjoy it, particularly the social aspect. 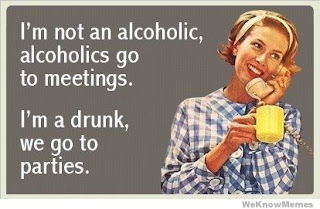 I like hanging out and talking to friends and colleagues over beers.  Sometimes several of them. But, I can't say that I ever really consciously think, "I am going to have that third drink, even if she spanks me for it."   Instead, I tend to just not think about the prospect of a spanking at all.  I have the first beer, and then all thought of future punishment just vanishes from my head.

Speaking of being draped over the bed or ottoman, I do want to report that while our DD and FLR hit a lull while on vacation and hasn't recovered much due to our illnesses, prior to leaving for vacation our new system of bi-weekly check-ins was resulting in me getting away with way less and my behavior actually was improving. So, ladies, consistency in application really does seem to be the key to going from punishment to actual discipline that results in some behavior change.  It's also proving that where FLR is concerned, practice does make perfect.  At our party last night, we were talking to another couple, and my wife handed me her wine glass and said very directly, "Go get me another."  It was very pointedly NOT phrased as a question or a request.  That would never have happened a year ago.

Finally, in honor of finally putting up our tree today, along with some lights on the house (why do I feel like we are constantly behind . . .) 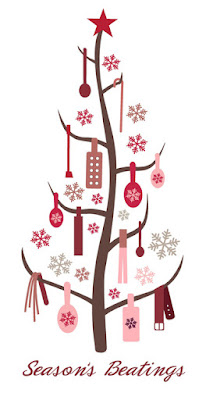 Have a great week.  If you are new to this Forum, please take a minute to stop by the Guestbook (tab above) and tell us a little about yourself and your DD or FLR relationship or aspirations.