When you don't respond to bad behavior, you get more of it. - Carly Fiorina 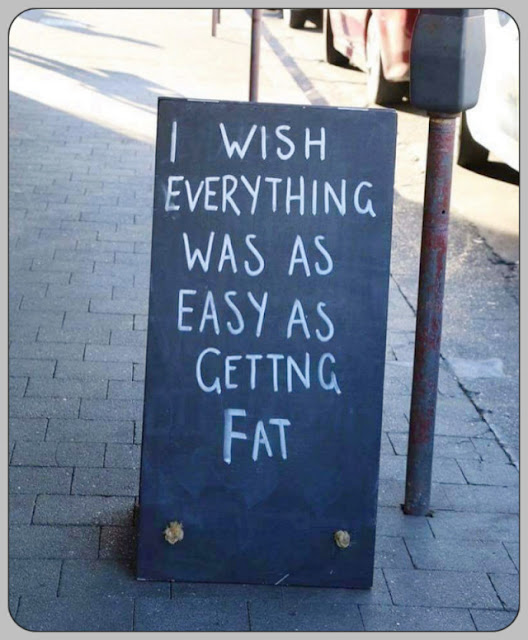 I hope you all had a great week and, for those of you from the U.S., a nice Thanksgiving.  Ours was pretty easygoing, with lots of family and too much food.  It definitely left me with some added pounds to work off, though I find the limits on what I can achieve with short-term dieting gets harder and harder. We also had some unseasonably warm weather before and after Thanksgiving, which we took advantage of by getting a big head start on putting up Christmas decorations.  We seemed to be the exception in getting such an early start.  Our neighborhood seemed to put a lot of energy into holiday light and decoration displays last year, almost certainly because the Covid lockdowns left people with an abundance of time at home and a desire for whatever connection and community they could foster.  I assume we may get a rebound effect this year, with people spending more time actually socializing and doing in-person shopping.  Anyway, regardless of how it plays out, Christmas is by far my favorite holiday, and I look forward to it in whatever form it plays out. 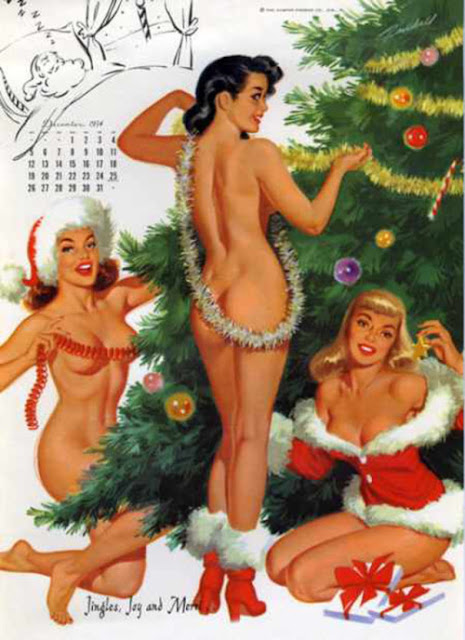 Some recent updates from JR provided me with some inspiration for this week’s post, though it had been on my mind since Caged Lion posted on a related theme a few weeks ago.  In discussing delays in punishment, Caged Lion also observed with respect to multiple offenses:

Busy lives don't get in the way with us. I'm informed that I've broken a rule. The spanking is administered the first evening it's convenient for my wife.Zero tolerance means punishing each time an offense occurs, not when the punishment is administered. She follows the DWC technique to handle multiple offenses. The first offense earns 10 minutes of spanking. If I manage to rack up more offenses before my next spanking, five minutes is added for each one. I am very careful to avoid having more time added. A couple of weeks ago, JR also raised the issue of what happens with respect to multiple instances of bad behavior that happen close in time.

Dev and I have been on vacation the past couple weeks. I was given a pretty hard spanking prior to leaving to keep me from getting out of line. I heard her say one. Then another time two. Three and four. I finally asked what she was talking about. ? She said I’ve earned four hard spankings when we arrive home in a few days. These are not erotic in any way and I dread them. I apologized for ev merything and all was well again but she said the spankings will still be given. I’m afraid she might do them all the same day. We arrive home Tuesday. I’ve never had this situation before and genuinely concerned.

A few days ago, he provided this update:

This is just a follow up to my post last week. Due to my behavior on vacation, Dev said I was to get 4 spankings when we got home. We got in late Tuesday nite. Nothing was said Wednesday, Thursday or Friday. I thought all was forgotten. On Saturday she said all four would be given that day in four hr intervals. At 10 am she called me into the kitchen where she was sitting holding her monogeny spenser paddle. All she said was “ do you know why I was getting this spanking “? I said yes ma’am got into position and paddling was given. I set my phone to record the sound. It was firm and moderately paced. I looked at the phone and it lasted 7 minutes. It hurt and I rated it a 5. At 2:00 it was the exact same thing. Lasted almost seven minutes but I rated it a 5.5. 6:00 was another carbon copy only my bottom was sore and it was a 6.5. The final one was given at 10 pm. Only this time she was waiting in the living room holding the leather tawse. This has only been used twice and for severe cases. She said we should do this out in the “ woodshed “ but it’s cold here so it was done inside. She told me to take my pants down and bend over the arm of the couch. She asked if I was ready and the whipping began. This was electrifying and not in a good way. One landed a bit high and I jumped up. She said if I moved again she’d start over. I buried my head in a pillow to muffle my screams. When she stopped it only lasted 5 minutes and I rated it an 8.5 ! She smiled and gave me a hug and said all was ok again. 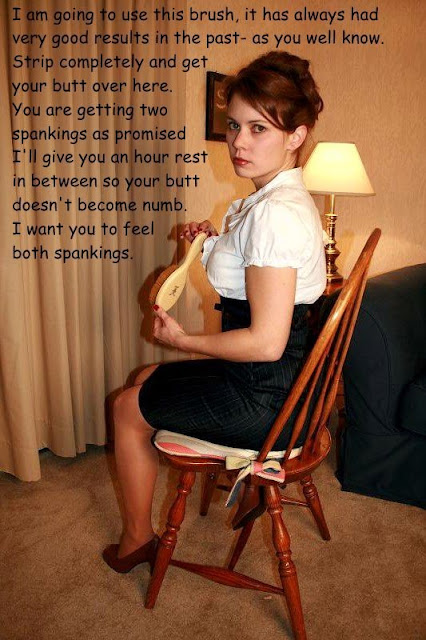 How do you address multiple offenses in your relationship?  Are there any special rules or procedures that apply?  If there are a series of offenses coming close together in time, does that result in a harder spanking?  A longer spanking? Multiple spankings, one for each offense?  If the result is multiple spankings, are they delivered during a single session, or over some longer period of time?

We played with the idea of multiple spankings a couple of years ago, but not consistently enough that it really took hold.  Which probably is a mistake on Anne’s part in terms of really addressing bad behavior, because I do think that sometimes I can be more cavalier about new offenses when I know I’m going to be spanked already for an earlier one.  I do try not to have that attitude, but I’d be lying if I said that it doesn’t sometimes cross my mind that I’m already going to be spanked, so why not just do whatever I want between now and that spanking?  It does seem like there needs to be some kind of additional sanction for the new behavior. 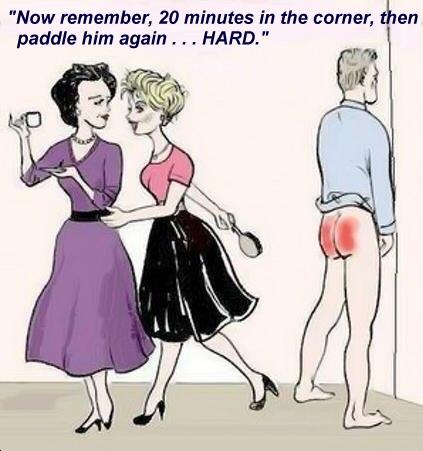 For us, I don’t think increasing the severity would really resolve the issue, because almost all her spankings are already quite hard.  Spanking longer during one session would be an option, though there are some limitations to that approach, including that my butt tends to go numb after a few minutes of vigorous paddling.  Therefore, it does seem like the most effective option would be go make sure that each offense is addresses with a separate spanking, or a separate non-spanking punishment, with breaks in between sessions.  Because we haven’t experimented with this that much, I don’t have a strong opinion on whether multiple spankings on one day, such as J.R. experienced, would be the most effective, or perhaps spankings spread out over two or three days.  What are your thoughts?

Have a great week.  Get those booster shots! 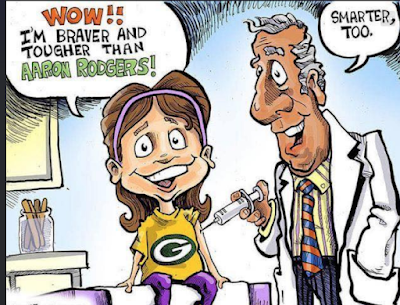